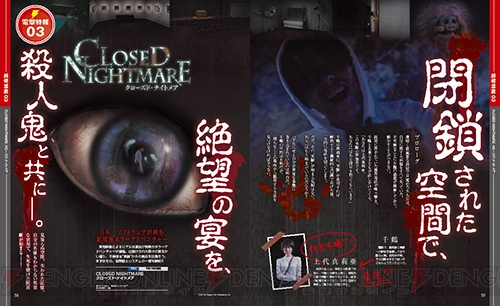 Dengeki Online has confirmed that Nippon Ichi Software is working on a game called Closed Nightmare and it is coming to the Switch in Japan on July 19th.

Closed Nightmare is about a woman named Maria Kamishiro who is lured by a woman named Chizuru, who detains her. Having lost her memories and her left arm paralyzed, she is forced to participate in a mysterious experiment. The game will play out in four parts: “live-action movies,” “text,” “exploration,” and “challenges.”

Maintenance for Super Mario Odyssey is going on now. You can check out the times below for how long it will last for. 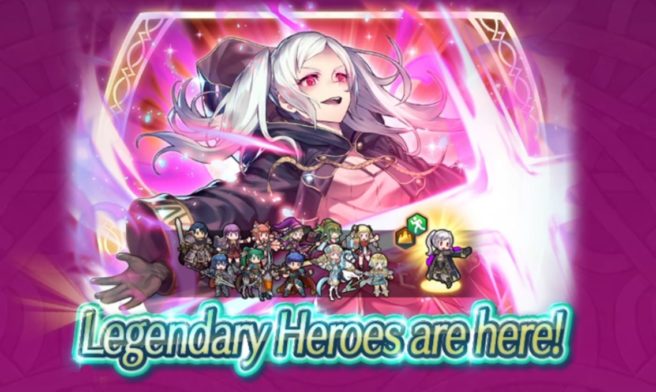 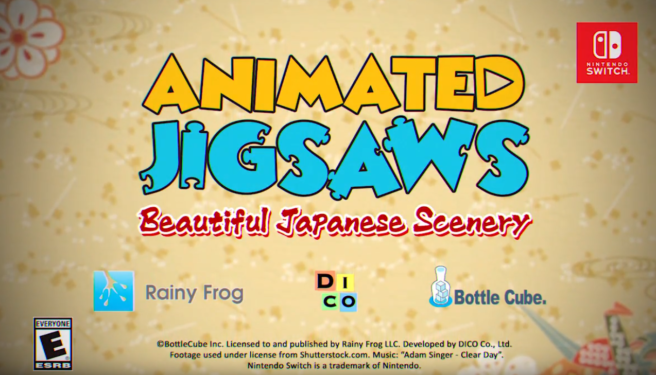 Rainy Frog has announced that Animated Jigsaws: Beautiful Japanese Scenery will be launching on the Nintendo eShop on April 5. You can check out the trailer below. 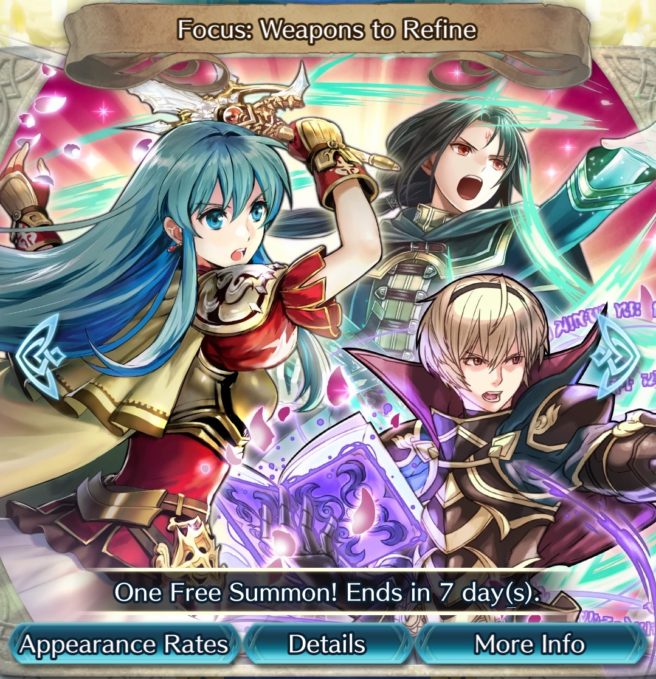 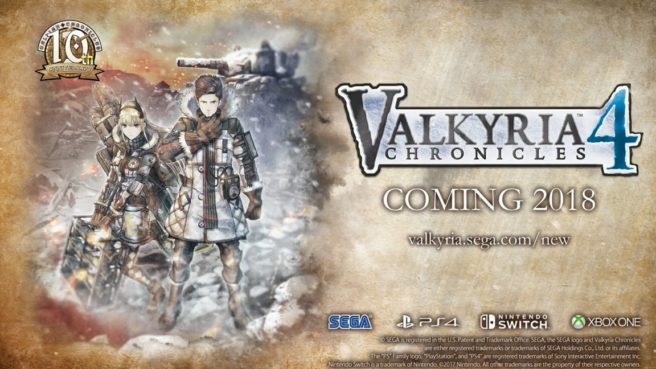 A Season Pass for Valkyria Chronicles 4 was announced today by Sega on the official Japanese website. The Season Pass will cost 4,000 yen in Japan and will grant users access to four pieces of post-launch downloadable content.

We have the details and release dates for the additional content translated courtesy of Gematsu.

September, 1935 EC. The Federate Army attained a closed victory in the Battle of Sigwart, but in the midst of the army’s regruping, a certain order was issued to Squad E. A mission to gain control of the Empire’s most important supply route. Claude and company, who invaded the enemy’s transportation base, will have a showdown at the blue sea and white sandy beach of the Empire spread out there—.

*This scenario can be played after clearing Chapter 10. Clearing this scenario will unlock swimsuit costumes for Claude, Riley, Raz, Kai, and Minerva. 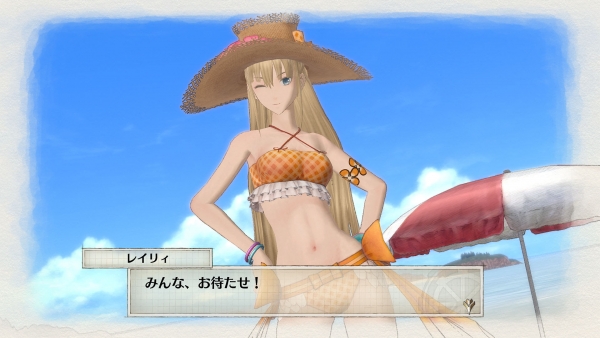 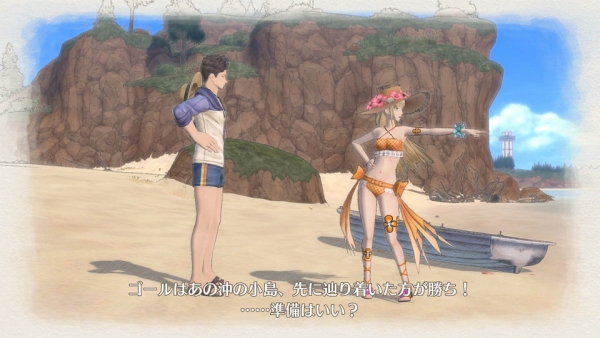 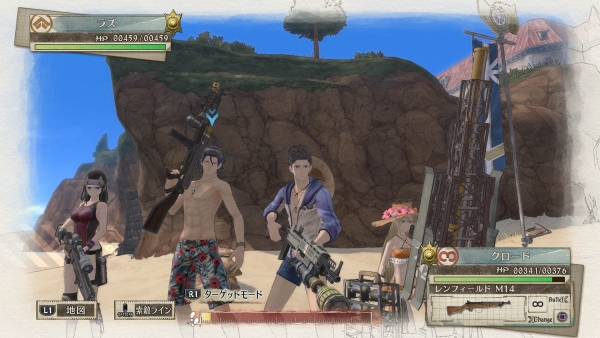 Winter, 1935 EC—. Squad E linked up with the snow cruiser Centurion, but one day noticed the absence of the medic dog Ragnarok. The squad members that forgot to look after Ragnarok decided to depart on a reconnaissance mission to find Ragnarok in Claude and company’s absence. However, little do they know, it will be the start of a “picnic” that they could not have forseen coming…

*This scenario can be played after clearing Chapter 10. 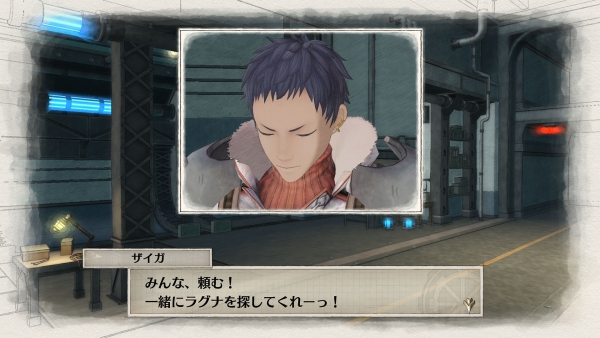 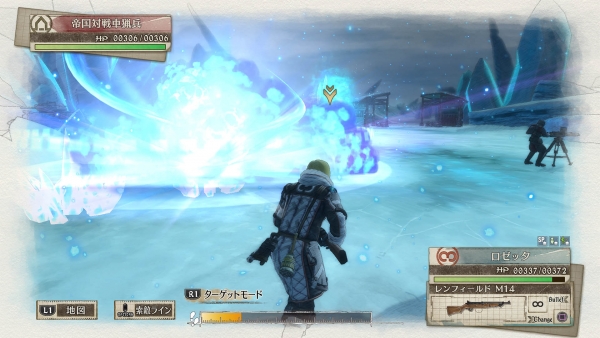 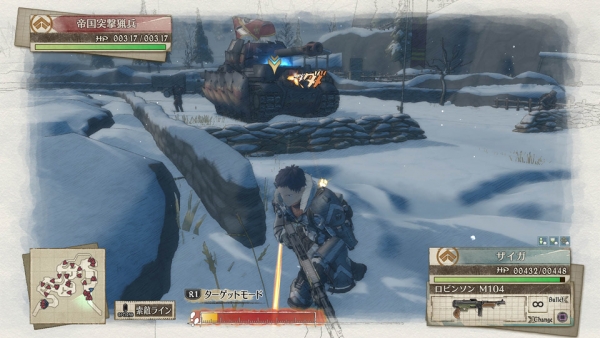 Relief requests come in from a deathly battlefield. Six points on the battlefield were requesting relief, which Squad E must hit one by one. Can the elite Squad E respond to the relief reuqests on this chaotic battlfield!?

*This scenario can be played after clearing Chapter 18. 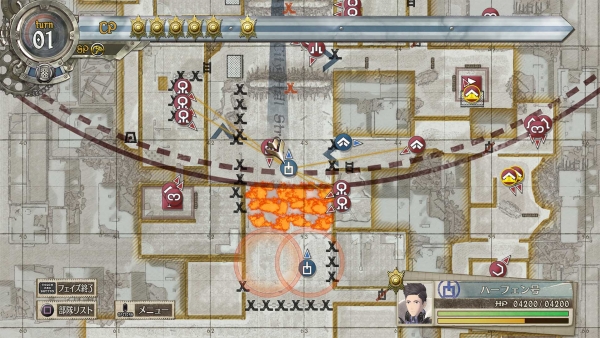 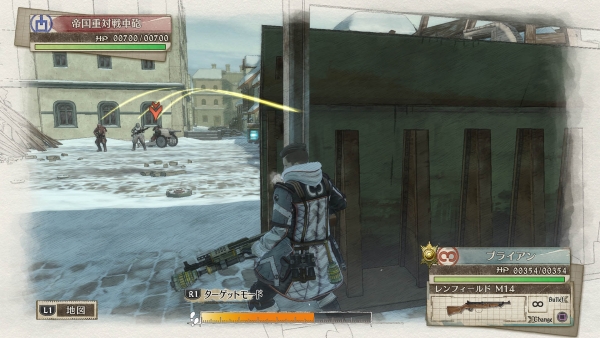 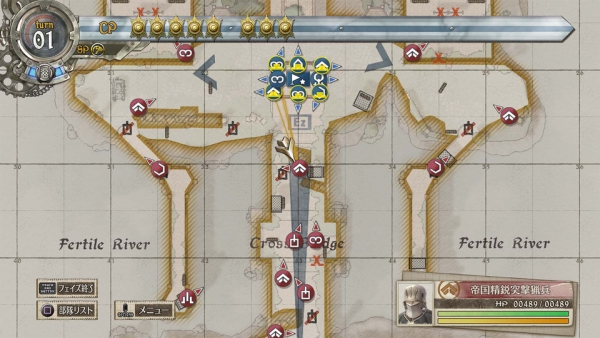 1933 EC. Sigwart Line, “the wall to victory,” finally saw its completion. However, behind the scenes, the determined to succeed Crymaria was about to take the Special Abilities Investigation Test. The auditor dispatched for her test was Imperial Army commander Selvaria Bles. Will the experiment be scrapped or continue? Crymaria’s fate was left to the two Valkyrias’ chance meeting.

*This scenario can be played after clearing Chapter 18. Clearing this scenario will unlock a unit and swimsuit costumes for Crymaria, Nikola, Chiara, and Selvaria. 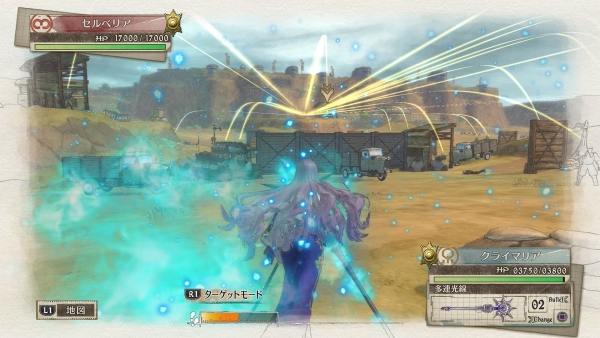 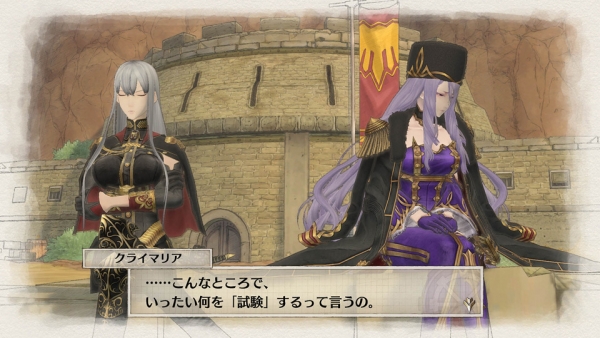 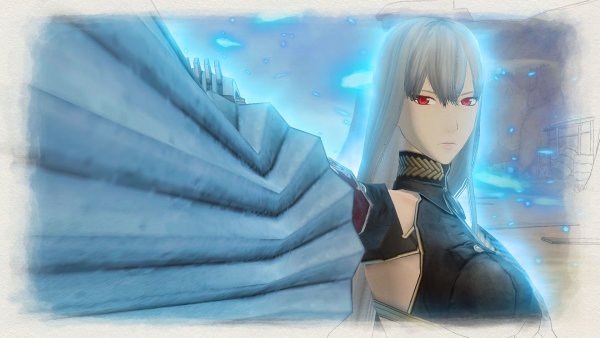 Valkyria Chronicles 4 will be out on the Switch this summer in Japan and then later this year in fall in the Americas and Europe. 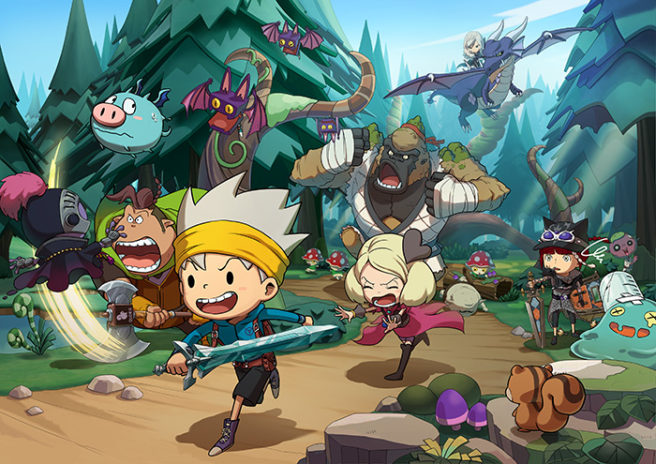 A new Japanese TV spot has been released for The Snack World: Trejarers Gold. You can check it out below. 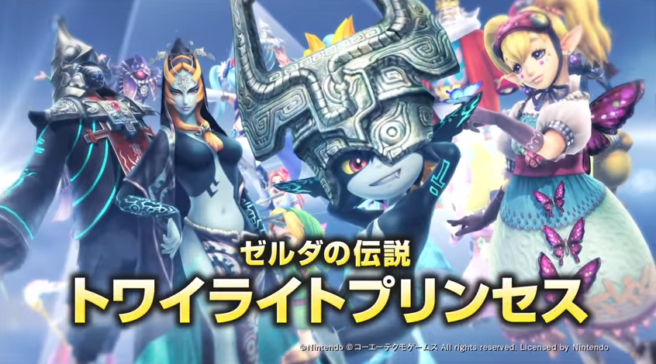 Koei Tecmo has published a fourth character trailer for Hyrule Warriors: Definitive Edition focusing on Twilight Princess characters and Toon Zelda from Spirit Tracks. You can check out the new trailer below. 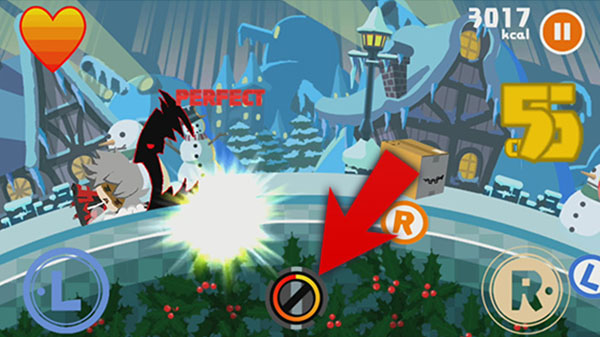 Arc System Works has just announced that “Eat Beat Deadspike-san” will be coming to the Switch. Eat Beat DEadspike-san is a “food gobbling rhythm game” featuring BlazBlue characters and it will be out on the Switch eShop worldwide on March 22 for $6.99.

Below we have the overview of the game, via from Gematsu and the official website:

Once upon a time, in an unnamed Hierarchical City, was Ragna and Dead Spike-san. Ragna, as hard as he fought, never seemed to win…

Dead Spike-san, witnessing defeat after defeat, had a bright idea. If he ate more, maybe he could become stronger…?

Dead Spike-san and Ragna set off on an epic (?) journey.

The controls are simple! Groove to the rhythm and eat as much as you can.

Gobble up the food item incoming from the right with the L and R buttons!

Charge the Burst Gauge by eating more itemes! Activate Overdrive once the gauge is full! Make use of Overdrive to earn High Calories (score)!

Aim for the higher rank!!

Obtain “Rank S” by capitalizing Overdrive and achieving a Full Combo! You might be able to receive an Award depending on your play result…!?

There are more food items that await within the game… 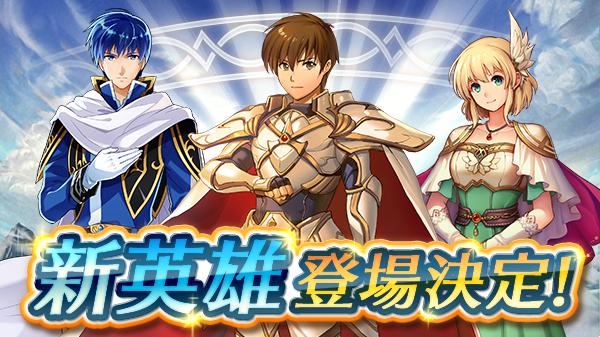 A new set of Special Quests are now live in Fire Emblem Heroes. The Special Quests called “Three Heroes” can score you some orbs and characters allowing you to earn the following Heroes: Cherche, Gordin, and Serra. These quests will be available until March 20th.

The official Japanese Fire Emblem Heroes Twitter account had a surprise tweet about that Leif, Nanna, and Finn from Fire Emblem: Thracia 776 Heroes will be coming to the game next month on April 3rd in a Summoning Focus.