Roberts and his girlfriend were babysitting Zoe Garcia when they decided to do movements similar to those performed in Mortal Kombat. These actions, sadly, let to the death of the seven-year-old.

There has been some doubt that Mortal Kombat was the primary reason for the young girl’s death. Reports say that there was at least one incident in which Roberts was abusive towards Zoe Garcia when drinking.

Finch’s prison sentence was changed after an agreement was reached that she would successfully take part in a six year youth offender program. Roberts’ sentencing is scheduled for January 16.

Starting today, Nintendo welcomes its North American fans to Club Nintendo™, a special club that rewards members for registering Nintendo products and completing surveys. Nintendo fans can sign up by visiting Club.Nintendo.com. After joining, fans can register select Nintendo hardware and Nintendo-published games in exchange for Nintendo Coins, which can then be redeemed for limited-edition Nintendo rewards available only to Club Nintendo members.

“Club Nintendo gives fans what they want – access to exclusive rewards for their loyalty to our brand and our products,” said Cammie Dunaway, Nintendo of America Inc.’s executive vice president of Sales & Marketing. “We’re offering some unique items as a way to say thanks for their support of Nintendo.”

END_OF_DOCUMENT_TOKEN_TO_BE_REPLACED

Next Zelda game might not be announced for awhile

The Legend of Zelda: Twilight Princess launched in 2006, so naturally, Zelda fans are clamoring to hear word on the next title in the series. Shigeru Miyamoto has confirmed multiple times that the next Zelda is underway, but now he has also stated that it might be awhile before it is actually revealed.

“I’m really not sure when we’ll be able to make a public announcement on that. I can’t even say if the next E3 will be the right opportunity to do so. But rest assured, our teams are working on new projects right now.”

It’s possible that if the next Zelda title is not discussed at E3 2009, Nintendo might show it off at their annual Fall conference. Even if it takes a fairly long time to see images and video, we know that the Zelda team will work hard to deliver expectations.

CHICAGO – Dec. 16, 2008
YUKE’S Company of America today announced the launch of the official website for Evasive Space, a top-down space action/adventure title for WiiWare™ developed by High Voltage Software. The new website highlights all features found within the game and includes the official trailer providing an in-depth look at the game mechanics and challenges that lie within. You will be using the infrared capabilities of the Wii Remote™ to pilot Konki on timed and collection-based missions in a race to save the universe from Dr. Dark Matter, confronting many obstacles along the way across a variety of intergalactic environments for an experience that will challenge your reflexes.

View the new website and official trailer at www.evasivespace.com.

The following software will be available in Japan on December 24th:

What is a ZeLeLi pearl?
How does the Amulet work?
Where do all the monsters come from?
Who is Niki?

This and more is revealed on the website together with an exclusive new video that illustrates the intriguing story of Niki – Rock ‘n’ Ball.

The website offers many new screenshots as well as detailed information about how the game can be played and introduces not only the hero Niki but also the Turbofan, the Bumper and some of the monsters Niki has to fight in his first adventure.

– Craig was impressed with Rock Band 2, but they don’t have the instruments yet
– Tried using Guitar Hero controllers and they worked
– Feature-wise identical to PS3/360 games
– Visually isn’t bad, it’s lower-res. Looks better than the PS2 version.
– Rock Band 2 review coming on Wednesday
– Everything on PS3/360 will eventually be available on Wii (DLC)
– Bozon says World Tour star power isn’t very well-done in Guitar Hero
– Actual gameplay in Rock Band is better than World Tour
– Track selection also better in Rock Band 2
– Daemon loves that you can play through Rock Band 2 solo, or bring in friends
– Overall the IGN team is very impressed with Rock Band 2

– Bozon’s really interested in the game
– Bozon will probably end up reviewing it
– Members of the Smash Bros. team and Ex Team-Ninja
– Darker look to the game – more edgy/aged up
– 4-player Smash style game
– No single-player like Subspace Emissary, it will be something else (might just be staged based)
– Can use different controller options
– Sounds like a cool project
– Going to try to have better online than Brawl

END_OF_DOCUMENT_TOKEN_TO_BE_REPLACED 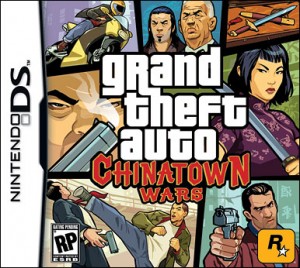 Just received an email update from Rockstar, and this boxart image was in it. Not sure if this is the final image (though it is missing the Wi-Fi logo), but I suppose this is what the company is using for now.