Posted 10 years ago by Brian in General Nintendo, News | 2 Comments

“Well, it was hardly surprising: Conker had only appeared in DKR at that point and Banjo-Kazooie was in development at the same time as Smashy.”

Really, I have to agree with Rare here. Besides, there were only 12 characters in the original Smash Bros. and you could argue that Banjo and Conker were not established characters at that point.

This news is a little more surprising, though:

“Memory tells me there were almost a boatload of Rare character trophies in Melee at one point, but it never happened.”

Melee came out in 2001, but Rare was bought out by Microsoft in 2002. It’s certainly possible that the acquisition – even though it occurred after the game’s release – was some sort of a contributing factor for the loss of Rare trophies in the game.

GoldenEye 007 for Wii VC, XBLA “long past the stage where an agreement was on the cards”

Last year, there was a whole lot of news concerning GoldenEye for the Wii Virtual Console and Xbox Live Arcade. Initially, sources told EGM magazine that Nintendo and Microsoft were unable to reach an agreement when financial terms were being discussed. Then Rare spoke up and said that liscensing issues prevented the game’s re-release. Last but not least, an Activision source later ultimately placed blame on Nintendo as one of the reasons for the game never seeing the light of day.

Sadly, it doesn’t look like things will be changing any time soon. Rare addressed a bunch of topics in its most recent Scribes update and one reader question brought up was whether GoldenEye could launch on the Wii/360 and if an agreement can be reached. Rare’s response is below.

“That was some time ago, my friend. Fate was against us that day. Destiny conspired to raise the hurdles even as we attempted to clear them, resulting in unpleasant groinal injury. I suspect we’re long past the stage where an agreement was on the cards, but you never know. Stranger things have happened… somewhere… probably.”

Scribblenauts isn’t even a week old, but that isn’t stopping 5th Cell from teasing fans with an announcement of sorts. Check out this short message, which was posted over at the Scribblenauts official Facebook page…

“Get your rooster hats ready! We have a very special announcement coming very soon…”

One would think that this would be Scribblenauts-related, since the notice was specifically relayed over on the Facebook page for the game. If it had something to do with 5th Cell in general, the message probably would have appeared somewhere else, such as the company’s twitter. However, it’d be wise not to get too excited at this point, mainly because we have absolutely no idea what 5th Cell is teasing. But we should find out what this is all about “very soon.” 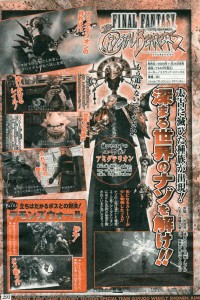 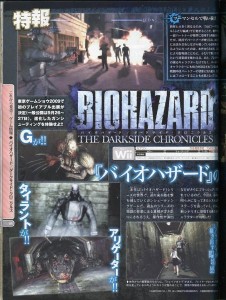 Posted 10 years ago by Brian in General Nintendo, News | 4 Comments

This comes from the Capcom-Unity forums…

“We’ll always be experimenting with new IP. This generation of hardware alone has given us:

If you wanted to take a more liberal view of something like TvC, you could call it a new franchise for us, even if it isn’t new IP (all characters have previously existed).

And I’m sure some others I’m forgetting off the top of my head. Naturally, we always need to be introducing new IP so that we have some percentage of them “stick” to become ongoing franchises. But it’s always a balancing act both to keep fans happy and to manage risk.” – Christian Svensson, Corporate Officer/VP of Strategic Planning & Business Development

Someone at GAME made a big boo-boo 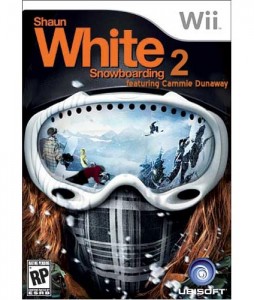 Cammie Dunaway will be forever known for her E3 2008 performance, when she participated in a demo of Shaun White Snowboarding on stage. Between the story about her broken wrist and her Balance Board performance, that whole portion of Nintendo’s E3 conference became a running joke of sorts.

Someone over at GAME (a giant UK retailer) must have recalled what happened at E3 last year. As you can see from the boxart above, the image features a significant blunder. No, Cammie Dunaway is not in Shaun White Snowboarding 2. You have to wonder how that modified version of the boxart managed to slip through on to GAME’s website!

Thanks to VySe for the news tip!