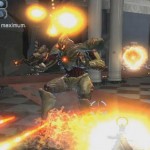 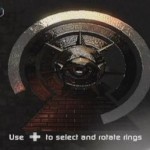 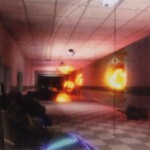 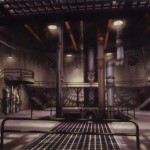 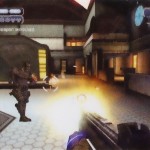 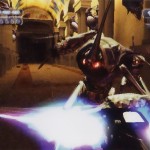 Apologies about the quality of some of the images. I think you can see what’s going on though, and we all know that The Conduit looks like a pretty great game anyway.

In October of 2008, a trademark for Rabbids Go Home popped up. The thing is, no one really knew what it was for sure. Now new information points to Rabbids Go Home as being a Wii title, and most likely another entry in the Rabbids series. The news comes from the résumé of programmer Julien Delezenne, who has apparently been working on the “Engine and Tools on the LyN technology” behind the game. The information has since been pulled though.

It may also be interesting to note that Delezenne also develops techonology for Beyond Good & Evil 2 for the 360 and PS3. Perhaps there is a connection behind the techonology of the two games?

END_OF_DOCUMENT_TOKEN_TO_BE_REPLACED

February 19, 2009 – GRAPEVINE, Texas–(BUSINESS WIRE)–GameStop (NYSE: GME), the world’s largest video game and entertainment software retailer, announced that starting today, customers can begin reserving Nintendo’s newest, must-have portable gaming system, the Nintendo DSi, at their local GameStop. A $25 deposit is required at the time of reservation. The Nintendo DSi will retail for $169.99 and will be available at GameStop nationwide on Sunday, April 5.

END_OF_DOCUMENT_TOKEN_TO_BE_REPLACED

“We’re not talking about DSi software at the moment – we’ll do so closer to launch.” – Nintendo UK rep

This shouldn’t be too surprising, but at least this does seem to show that there will be a few DSiWare titles available at launch. I’m sure North America will also receives news about DSiWare in the coming weeks.

Interesting…Quite a few DSiWare titles are shown in this video. I wonder if this confirms they will be available for download.

All New Throwing Method for 2009!
NORTHAMPTONSHIRE, UK Thurs 19th February – The throwing method with the Wii Remote™ in PDC World Championship Darts 2009 is all new, having been re-designed and improved, from the 2008 version. The mechanism has been completely rewritten to give you the most realistic darts throwing experience yet – so you’ll have no excuse if you miss an easy shot!

Oxygen and Rebellion studios have strived to give darts fans a throwing gesture as realistic as possible using the Wii Remote™. PDC Darts 2009 will have 3 throwing assist levels; Max, Min and Off. Max will allow those not experienced at throwing real darts the ability to keep up with the games professional players, Min and Off modes will challenge players with greater experience taking power, dart weight and accuracy into account.

END_OF_DOCUMENT_TOKEN_TO_BE_REPLACED 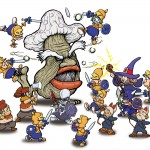 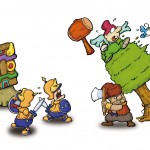 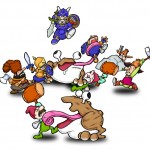 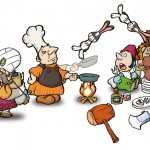 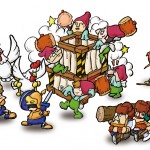