Today, Polygon published a massive piece about Sonic’s history. The site chronicled the series’ early times all the way up through Rise of Lyric as well as the future (in general terms).

We highly suggest giving the full article a read here if you’re a fan of Sonic. But after the break, you can find a breakdown of comments from Big Red Button CEO and co-founder Bob Rafei about Rise of Lyric as well as other comments from SEGA about the franchise.

END_OF_DOCUMENT_TOKEN_TO_BE_REPLACED

Looking into what went wrong with Sonic Boom: Rise of Lyric

Liam Robertson, a person known for digging up information about cancelled games, recently took on the challenge of investigating Sonic Boom: Rise of Lyric’s troubled development.

There’s no question that Rise of Lyric has a number of major issues. That being said, Robertson does offer some insight into why it wasn’t a better game.

For instance, did you know that Sonic Boom’s debut trailer wasn’t actually comprised of Wii U footage? The video was instead created from the game running on a PC with more powerful hardware. That’s one of the big reasons for the graphical downgrade. And even though there was a disclaimer at the beginning of the trailer stating that it was “in-engine footage” and how it represented “a work in progress”, some people may have felt mislead. Perhaps that’s why it’s now being discovered that SEGA pulled the video from its YouTube channel.

You can get a better overview of Sonic Boom: Rise of Lyric’s development by watching the video below.

Sonic Boom: Rise of Lyric character animation Tuan Nguyen recently uploaded a demo reel, which features beta hub/animations footage from the game. You can check it out below. 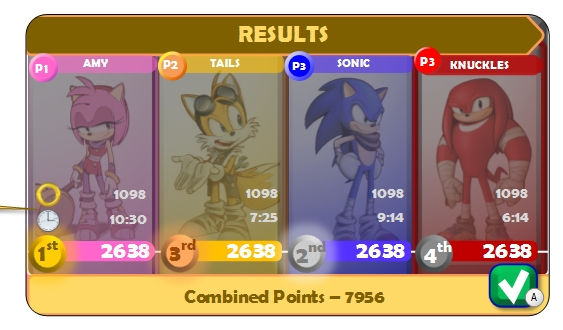 Sonic Boom: Rise of Lyric producer reflects on the game

A new podcast from SegaNerds contains an interview with Sonic Boom: Rise of Lyric producer Stephen Frost. You can listen to it in full here, though Sonic Stadium has rounded up some of the more interesting bits.

Frost touched on Sonic Boom’s development, and a few other topics as well. Here’s the full summary:

Why the Sonic Boom: Rise of Lyric patch is so huge

Sonic Boom: Rise of Lyric’s update is huge – as in 1GB huge. So what exactly is included in the massive patch? We did hear about a few things recently, but Sonic Stadium has offered further information as to why the update is so big.

Here’s what the site shared:

END_OF_DOCUMENT_TOKEN_TO_BE_REPLACED

The Sonic Boom: Rise of Lyric update is out now in North America. It previously was made available in Europe late last week.

For an overview of the patch, check out this post. 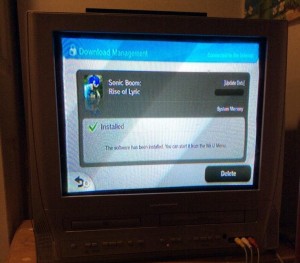 Thanks to GamerClues for the tip.

An overview of Sonic Boom: Rise of Lyric’s update

The folks over at Sonic Stadium have put together an overview about the new Sonic Boom: Rise of Lyric update. SEGA just released the patch in Europe this week, and it should be out in North America very soon.

On with the information!

Navigation arrows “Small yellow arrows added which show you where to go” (They were in the original, but they now have some issues).