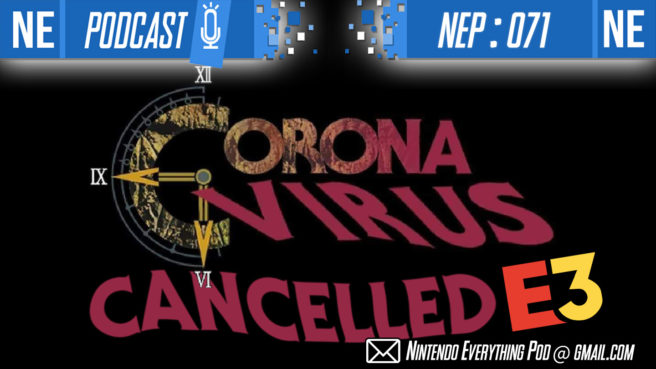 Hello my lovely legos! This week on NEP, we’re tackling the sad news of E3’s cancellation as the corona virus pandemic grows globally. With E3’s cancellation, how will companies drive business strategies for this Summer and Fall? And how will this affect consumers? Will we see a Nintendo Direct and other such pre-recorded presentations this June? The sky is falling. However! We keep things light-hearted, too, as we talk about the recently released Kemono Heroes, Murder By Numbers, and the Animal Crossing: New Horizons special edition Switch console. Do you have a square to spare?

END_OF_DOCUMENT_TOKEN_TO_BE_REPLACED 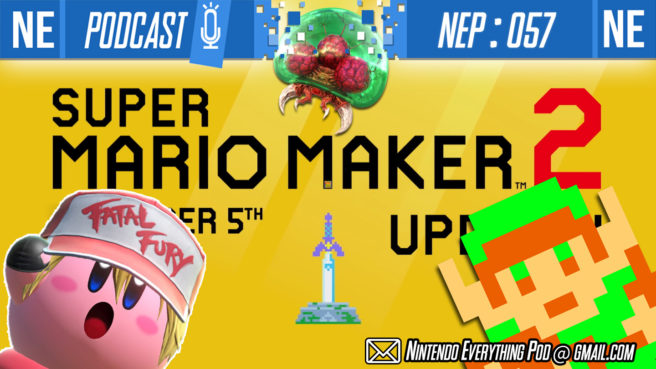 Hello my 8-bit and 16-bit beauties. This week on NEP, we accidentally pitch our ideas for the next Luigi’s Mansion game (and the next) in a fervor of excitement. Then, Oni Dino is excited about Heroland while Galen critiques Bioware’s Anthem. Oni Dino goes on to talk his love for Breath of Fire II and Galen muses on the “Zelda II Maker” update we received in Super Mario Maker 2, and what Maker could be next. We then read some listener mail leading into next week’s The Game Awards, a New Year Nintendo Direct and Super Mario Sunshine… 2?

END_OF_DOCUMENT_TOKEN_TO_BE_REPLACED 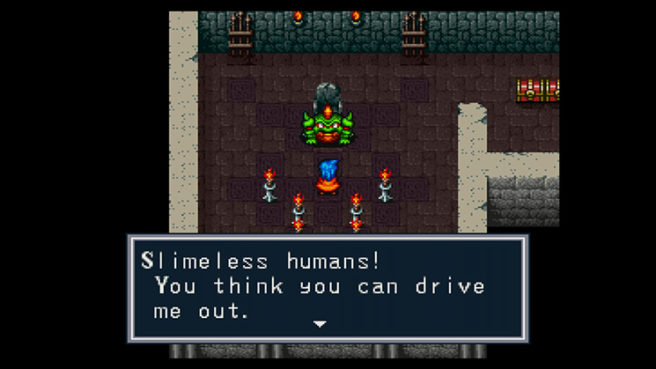 Zelda: Spirit Tracks is gracing the North American Wii U Virtual Console tomorrow. On New 3DS, Capcom is bringing out Breath of Fire, according to Nintendo’s website.

“In a distant land, peace was maintained for thousands of years by the powerful Dragon Clan. One day, the goddess Tyr appeared to them and offered to fulfill their every wish. Greed split the clans into the Dark Dragons and the Light Dragons, who battled to win Tyr’s magic as she watched and encouraged their war. A warrior emerged from the Light Dragons, and with his seven companions, he sealed the goddess into another realm.

Centuries have passed, and the Dark Dragons are destroying villages in search of the goddess keys to release Tyr from her prison. A new warrior must arise to face this latest blight!

Join Ryu as he embarks on an adventure of a lifetime! He will need to rely on his companions if he is to rediscover the lost powers of the Light Dragons and save his sister, Sara, from the evil clutches of the Dark Dragons. Fight, and prove that the Warrior of the Dragon is not just a myth!”

Due to auto-play on Twitch, we’ve posted the video after the break.

END_OF_DOCUMENT_TOKEN_TO_BE_REPLACED

Capcom has another game lined up for the Wii U Virtual Console. On February 12, Breath of Fire will be available.

The next closest classic title from Capcom is Street Fighter 2010. As we already mentioned, this one is due out tomorrow.

END_OF_DOCUMENT_TOKEN_TO_BE_REPLACED

Three new games will be available on the Japanese Wii U Virtual Console next week. They are as follows:

The games above are hitting the Japanese eShop on September 10.