Off-screen Stick it to the Man footage

Another look at the Mario vs. Donkey Kong Wii U Web Framework demo 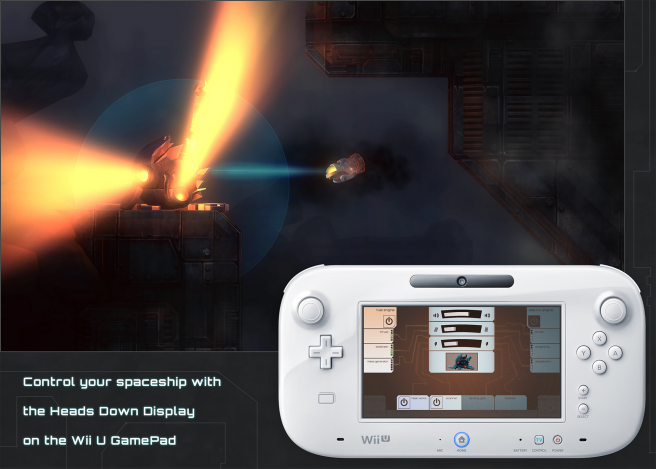 Shacknews published a new preview for Affordable Space Adventures today after getting some hands-on time with the game at GDC. You can find information rounded up from the report – plus a few words from KnapNok co-founder Dajana Dimovska – in our summary below. Shacknews’ full article is located here.

– Take control of a broken-down spaceship
– Ship has endured heavy damage and is stranded on a dangerous planet
– Need to guide it to safety and avoid hazards along the way
– The ship will regain its functionality and slowly regenerate abilities as you play
– Player manually controls all elements of the spaceship’s functions through the GamePad touch screen
– Ex: touch the ignition to activate the ship before flying with the dual control sticks
– More elements of the combustion engine opened up, like thrust engines and stabilizers
– GDC demo lets you switch to an electric engine with its own abilities later on

“Nifflas is the core designer of the spaceship and all the engines. The idea is very inspired by spaceship games in general, but also movies like Star Trek. There was also thinking about properties or engines where we could have different environments, so we came up with this electrical and fuel engine. They’re very different, like one produces heat and one is noisier than the other. We tried to come up with systems that are very different from each other to come up with different kind of gameplay.”

– Stages are straightforward and linear
– Players search for the exit
– Puzzles are tied to the ship’s abilities
– This includes sequences that require aiming with the R button and firing off a beacon to press switches and open doors
– Other puzzles are significantly more dangerous, as hostile robots will begin to litter areas
– You can scan robots to indicate how far their lasers can reach
– Will need to sometimes fly through a robot’s line of sight, but detection is avoidable, as long as certain conditions are met
– Ex: one robot can detect heat, so you have to lower the ship’s thrusters and set the stabilizers to their lowest setting to make sure that they didn’t trigger the robot’s sensors

Mario vs. Donkey Kong Wii U is nothing more than a demo 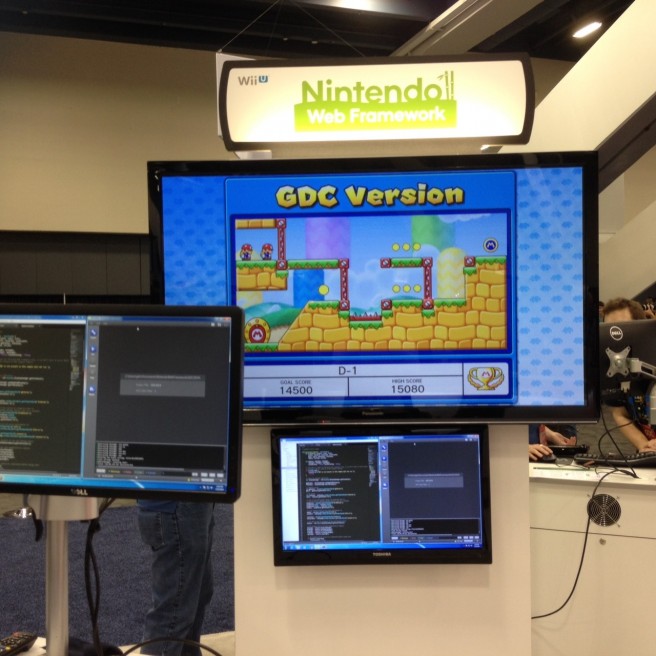 At GDC this week, Nintendo brought along a Mario vs. Donkey Kong Wii U demo to showcase the Nintendo Web Framework. It’s nothing more than that though. Nintendo’s Damon Baker confirmed to Siliconera that the demo is not planned to be an actual game. 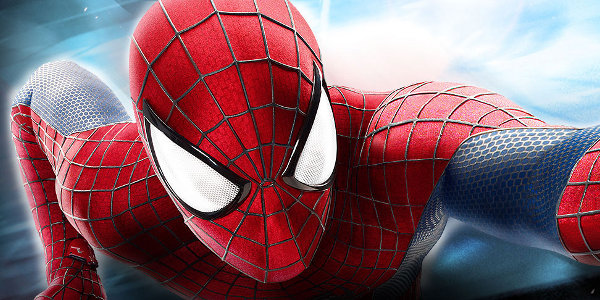 New screenshots and details for The Amazing Spider-Man 2 have come in through a Game Informer GDC 2014 preview. You can find all of the content below, and GI’s full piece here.

– Webbing is now tied to the left/right triggers
– Ex: hold down left and you’ll swing forward before gaining altitude and listing to the left
– Alternate between left/right web shots to move forward in a controlled/speedy pace
– GDC demo begins as Peter Parks enters a private fund-raising event
– He runs into Harry Osborn here, and the two talk
– Players can choose between different dialog options
– The conversation soon turns to Richard Fisk, and how Osborn thinks Fisk is into illegal activities
– Waiter walks by with drinks, but Peter knocks the tray over before Osborn can take on, as he used his spider sense to see that it had poison
– Peter slinks off and puts on his spider suit
– He follows the waiter backstage and runs into Russian mobsters
– Crew includes a bruiser
– Need to immobilize him with a charge attack before he can be damaged
– Spider-Man can pull off web and physical-based moves
– One of these has Spidey positioning himself between two opponents, webbing them both in the face, leaping in the air and pulling the line taut
– This causes them to bonk their heads together
– Stealth-based sequence follows next
– Stealth sequences are less linear than in previous games
– Choose your own path while removing each guard from play
– The goons are guarding an experimental suit, which just so happens to be sized perfectly for Spider-Man
– New speedy enemy archetype catches up with Spider-Man when he thinks he’s going to get away clean
– She’s quite quick, and her blades are sharp
– Will need to effectively dodge roll and use web pulls to succeed
– Some view Spider-Man as a hero, while others view him as a threat
– New hero system
– Missions will pop up on the minimap as players progress through the campaign
– Missions can be ignored, but at a cost
– Ex: Spider-Man can save unconscious victims in a building on fire by using his spider senses to navigate through the smoke
– His bravery will be recognized through a special segment on the Bugle Channel with anchor Whitney Chang
– Fail at a bomb-disposal mission, and J. Jonah Jameson will take to the airwaves, wondering why Spidey didn’t call the police instead of trying to figure it out himself
– Citizens will treat Spider-Man differently as players gain more acclaim/notoriety
– Civilians will clap when they see the heroic Spider-Man
– They’ll run at one that’s seen as a public menace
– Oscorp will send out drones to attack Spider-Man
– Spider-Man will face penalties to damage and other stats