Presentation will begin at 11 AM ET / 8 AM PT (an hour from now). The North American broadcast is said to last about 33 minutes.

Updates will be posted throughout the presentation.

Join Mr Shibata at 5pm CET on 13/11 for a new #NintendoDirectEU with a focus on #3DS games for the next few months pic.twitter.com/jWGdmnL3O4

Update: Wii U may be getting some love as well, based on the image below Nintendo has posted to its Facebook page: 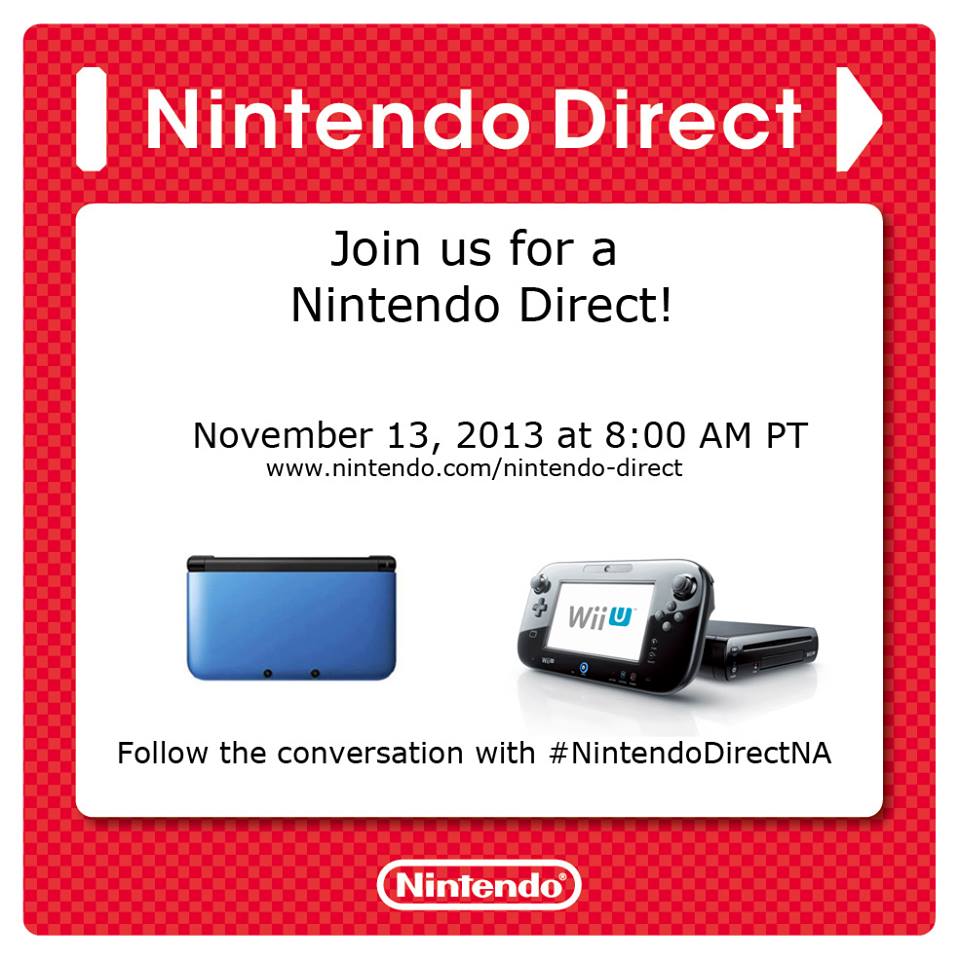 Watch a new #NintendoDirectNA 11/13 at 8am PT for updates on announced #3DS software coming through early 2014. http://t.co/TA7tYbSsUf

A new Nintendo Direct will be streamed tomorrow. Nintendo just announced the presentation, and confirmed upcoming 3DS titles slated to arrive through early 2014 will be covered.

You’ll be able to watch the North American broadcast here, though we’ll have it on the site as well. It’s set to begin at 11 AM ET / 8 AM PT.

A Nintendo Direct will air later today for Band Brothers P, Nintendo’s upcoming 3DS title currently exclusive to Japan. The video, which lasts ten minutes, is set to go live at 7 AM ET / 4 AM PT. We’ll have it here when it becomes available.