Last year, Dark Witch Music: Rudymical ended up on mobile devices. It’s based on the rhythm mini-game from The Legend of Dark Witch 2 which is currently out now on 3DS.

The same title is now coming to Switch as “Dark Witch Music Episode: Rudymical”. It’s listed for May 11 on Nintendo’s website.

“The popular spin-off from Dark Witch Story is now available on Nintendo Switch!

Play the single-player STORY MODE and defeat all the bosses! Play the VS MODE to battle against your friends, and the CO-OP MODE to co-operate!

Get your groove on, Dark Witch style!

We don’t have a trailer for the Switch version just yet. You can watch a video for the mobile edition below, however.

Posted on 3 years ago by Matt(@OnePunchMaz) in Switch eShop, Videos | 0 comments

Nintendo released a brand-new trailer for Thumper, which will be available on the Switch eShop on May 18th. Check it out:

Ratalakia Games brought Plantera to Wii U and 3DS earlier this year. The game is now making its way to Switch as well. Rainy Frog is releasing it in Japan as “Plantera DX”, but Ratalakia may choose to handle the western release.

For those who haven’t heard about Plantera previously, we have the following overview:

“In the world of Plantera you grow your own garden and breed plants and animals to earn coins with their produce. Use the coins to buy new plants and animals, and also special items and garden expansions. Watch everything grow, help planting and harvesting, buy new things, and defend your garden from sneaky magpies, rabbits, foxes, and wolves. Raise your level and the productivity of your plants and animals! Earn more and more, and create your own dream garden!”

We reviewed Plantera when it originally hit Nintendo platforms in February. You can read it right here.

Posted on 3 years ago by Brian(@NE_Brian) in News, Switch eShop | 4 Comments

Update: We’ve received an announcement straight from Rainy Frog. Piczle Lines DX will be playable at Tokyo Indie Fest on May 14 in Akihabara, Tokyo. Also, news about the American and European release will follow later.

Interesting fact: Score Studios developed the engine and tools for The Last Guardian.

As for the actual game, Piczle Lines DX is all about connecting the right dots to form pictures. The mobile version is free-to-play, but the Switch edition should be paid.

You’ll get access to over 300 levels once purchased, with even more to come for free. Today’s trailer also shows support for the touchscreen in addition to the Joy-Con.

Posted on 3 years ago by Brian(@NE_Brian) in Interviews, Switch eShop | 5 Comments

On Tuesday, Switch will have its first sports game. Saber Interactive will be releasing NBA Playgrounds, which just so happens to be the company’s debut title on a Nintendo platform.

We recently spoke with Saber Interactive CEO Matthew Karch to learn more about NBA Playgrounds just ahead of its release. Karch chatted with us about the art style, roster, modes, update plans, and more. He also spoke about the Switch version, what it’s like making games for the system, and future support on the console. If that wasn’t enough, there’s an interesting note about how the 2007 shooter TimeShift nearly ended up on Nintendo platforms.

Continue on below for our full interview.

END_OF_DOCUMENT_TOKEN_TO_BE_REPLACED

Posted on 3 years ago by Brian(@NE_Brian) in 3DS eShop, Screenshots, Switch eShop, Wii U eShop | 0 comments

A new video has appeared showing gameplay of NBA Playgrounds, which is coming to Switch next week. Watch 15 minutes of footage below.

Posted on 3 years ago by Brian(@NE_Brian) in News, Switch eShop | 4 Comments

Wonder Boy: The Dragon’s Trap made it to Switch last month, but we also can’t forget about Monster Boy – which is also planned for the system. Last week, the developers shared a blog to show off the game’s improved visuals.

What you see is the new visual style. The image below is the old version. It now features added lighting and detail.

Good news: Monster Boy may not be too far off. The team is now “in the final stage of development.” 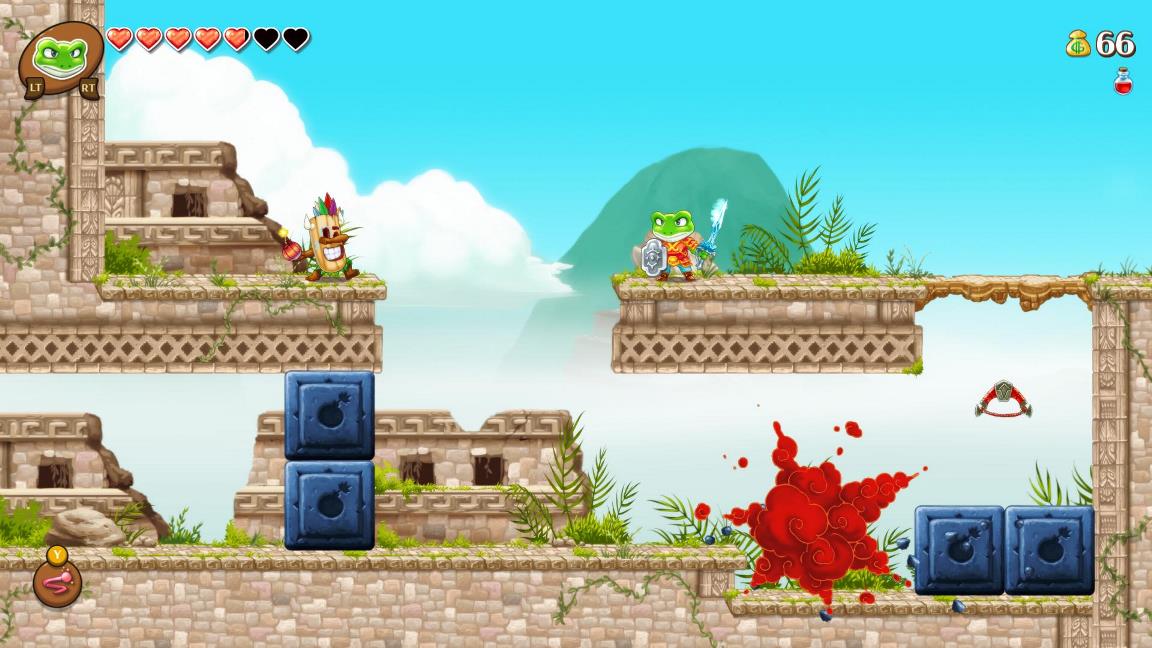 Posted on 3 years ago by Brian(@NE_Brian) in News, Switch eShop | 12 Comments