Iwata on 3DS/Wii U profitability, Mario Kart/Smash will drive Wii U, more

Thanks to the 3DS’ install base, Nintendo now feels that it can turn a profit with the system’s software. President Satoru Iwata mentioned to investors last week that the company has “many key titles to be released in this calendar year and we will strive to drive profits from these titles.” 3DS overall is expected to be “the key profit-driver for the next fiscal year”.

With Wii U, on the other hand, Iwata admitted that “it is not easy to make a significant profit with the current units sold.” But with Mario Kart 8 and Super Smash Bros. acting “as our main drivers”, Nintendo “would like to make sure that the markets will thoroughly acknowledge the value of Wii U, including the titles that we have released to date.”

END_OF_DOCUMENT_TOKEN_TO_BE_REPLACED

Posted on 6 years ago by Brian(@NE_Brian) in Images, Wii U | 7 Comments 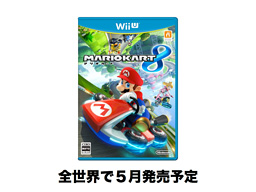 Top UK retailers have weighed in on what Nintendo must do in order to improve the Wii U’s fortunes. Two common elements seemed to come about: a lower price and the release of Mario Kart 8.

The games boss of one of the UK’s biggest retailers told MCV:

“A sub-£200 machine will help, and Mario Kart is desperately needed to reach the fans. We also need something revolutionary that makes use of the second screen and has mainstream appeal, which is easier said than done.”

Another statement comes from the top buyer at one online games store:

“There is only one real last chance for Wii U and it is Mario Kart 8. It could still be the game that sparks interest in Wii U, but it would need to be combined with a more mass market retail price.”

And a third comment from a games executive at a mass market outlet:

“Nintendo will have something up its sleeves that again will add a new dimension to gaming.”

Nintendo announced its lineup for World Hobby Fair 2014 earlier today. In total, three games will be playable at the show. Mario Kart 8, Fossil Fighters: Infinite Gear, and Kirby Triple Deluxe will be on hand for the expo.

Nintendo tends to have a small presence at Jump Festa, and that’s no different this year. Just two games will be playable at the expo: Mario Kart 8 and Super Mario 3D World.