That One Show: Episode 10 – 3DS, pigs, questionz, and Microsoft stinks

Posted on 11 years ago by Austin(@NE_Austin) in 3DS, Features, General Nintendo, News | 5 Comments

Stop right where you are.

Don’t even think about saying the word “Parallax” or the word “Barrier” and then think you’re some kind of “smart guy” who knows how this sh*t works. Why? Because you don’t. No one does.

Think about it: Do you actually understand how the so called “parallax barriers” make sense? Why does your left eye automatically see the left image, and your right eye the right image? Why don’t you see both images then, when you close one eye?

You’re beginning to doubt yourself, aren’t you? I can feel it growing within your soul, and it troubles me. But that’s why I’m here. You see, after years of painstaking research into the 3DS hardware structure and development process, I’ve found no evidence that Nintendo has ever used something called a “parallax barrier” in their development of the device. Neither have I found (through the taking apart of my 3DS system) any evidence of any “barrier” on the top screen. This leads me to only one possible conclusion: Nintendo is lying to us.

Lucky for you, I am a man of truth and honor, and it is my civil duty to uncover this conspiracy and put right that which Nintendo has done wrong. That being said, even I am not perfect, and while I’ve made much progress, I’ve only been able to narrow the 3DS “technology” down to three possible scenarios.
END_OF_DOCUMENT_TOKEN_TO_BE_REPLACED

Posted on 11 years ago by Austin(@NE_Austin) in 3DS, Features, General Nintendo | 0 comments 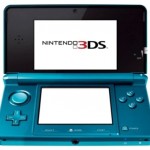 The 3DS is absolutely and unwaveringly Nintendo.
END_OF_DOCUMENT_TOKEN_TO_BE_REPLACED

‘That One Show’ Episode 9A – 3DS hardware review, answering your 3DS questions

Posted on 11 years ago by Austin(@NE_Austin) in 3DS, Features, Videos | 1 Comment

Edit: What do you guys think? Best video thumbnail of me ever?

I just wanna say that I’m very sorry if I missed out on your questions in this particular video! I’ll be doing a more proper ‘That One Show Episode 9B’ tomorrow (since this isn’t really “normal” of me) to get everything I missed and do more of my normal antics instead of strictly srs 3DS talk. Ask any more questions you may have about the system, and I’ll have them answered tomorrow!

It still feels like yesterday when Nintendo first introduced the 3DS to the world. The Big N sent out a short, simple press release about the system, yet that alone was enough to generate a huge amount of buzz about its potential. After all, it had been six years since Nintendo last released a brand new handheld.

END_OF_DOCUMENT_TOKEN_TO_BE_REPLACED 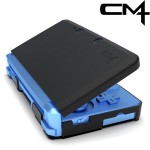 Yeesh, I totally forgot I needed to post this up tonight! Here’s the skinny, guys:

Our very good friends over at the company CM4 make some pretty sweet gaming accessories, including some high-end cases for the DSi, Wii, 3DS, etc etc. To make a long story short, we’ve got ourselves a slew of these cases to give away to all of you guys who are reading it, and unlike previous contests we’ve run, this one is very easy to enter, and very easy to win. There are two ways of doing this:

1. Via Twitter! If you’re following NintendoEverything on Twitter (which you should be!), then you know that every news story we post goes right to it and into your Twitter feeds. All you have to do is retweet this news story to all your followers, and (providing you mention @NinEverything in your tweet) and you’ll be entered to win! Make sure your Twitter e-mail is accurate so we can contact you should you be chosen.

2. Via Facebook! The second way to win some of this good stuff is to post a status tagging us (@NintendoEverything.com) in one of your statuses telling your friends about us or about the contest. I don’t really care what you say about us– if you say we’re the worst website ever or if you say we’re the coolest cats in town– just say SOMETHING. And nothing stupid like “NintendoEverything.com I like turtles.” Come on. You’re more creative than that.

As far as prizes go, we’ve got a couple Wiimote covers, a couple, DSi cases, a couple DSi XL cases, and I just got word that we will be lucky enough to get a hold of their upcoming 3DS cases as well for the contest! If you get chosen, you’ll have your pick of which ones you want, barring that someone before you didn’t already pick them. And these aren’t some second rate crappy system covers: These are the things that I use to cover my now-stolen DSi with and Wiimotes. They’re so good, in fact, that CM4 did a series of videos where they did violent things to them to see how well they’d fare, such as shooting them with a shotgun and throwing them off a building. Check it out if you don’t believe me:

With the imminent release of the Nintendo 3DS (though since this article is posting late, it’s probably already out in Europe) I thought it’d be a good idea to go over all the games releasing alongside the new console. So in preparation for the launch of the Nintendo 3DS on March 25th in Europe, the 27th for North America and 31st for Australia, here are your launch titles. Given that the only game I’ve played on the console is the 3D version of Ocarina of Time (which isn’t even a launch game) I’ll try to keep my opinions away from the actual discussion of what’s coming out.

In terms of first party titles, Nintendo are releasing three launch games (or five if you want to count different versions of Nintendogs + cats, which you really shouldn’t). As well as the long awaited sequel to Nintendogs —the game that sold thousands of DS units whether you like it or not— Pilotwings is also finally being revisited, with Pilotwings Resort switching the setting to Wii Sports Resort’s Wuhu Island. Rounding out the trio is Steel Diver, an odd submarine simulator that started life as a tech demo for the original Nintendo DS. Steel Diver will only be a launch title in North America, so I’m predicting we might have another Excitebots on our hands, where Nintendo releases an incredibly niche title in the US only to never bring it anywhere else. That’s not to say that Steel Diver will sink, though, as previews of it so far have been fairly positive.

END_OF_DOCUMENT_TOKEN_TO_BE_REPLACED 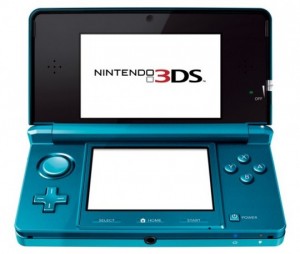 While at PAX East this past weekend, I had the opportunity to check out the 3DS and a few of the games Nintendo brought to the event. Below are my impressions of three games I got the chance to check out while in Boston. Be warned – the booths only allowed for ten minute demo sessions so the sections are going to be a bit small.

END_OF_DOCUMENT_TOKEN_TO_BE_REPLACED

That One Show – Episode 8

Blam! Like I said, ToS takes a trip to the Mall of America for the Pokemon Black/White Mall Tour, I talk about the 3DS launch, and I get my Pokemon stolen all in the same week. Plus, it’s Friday!