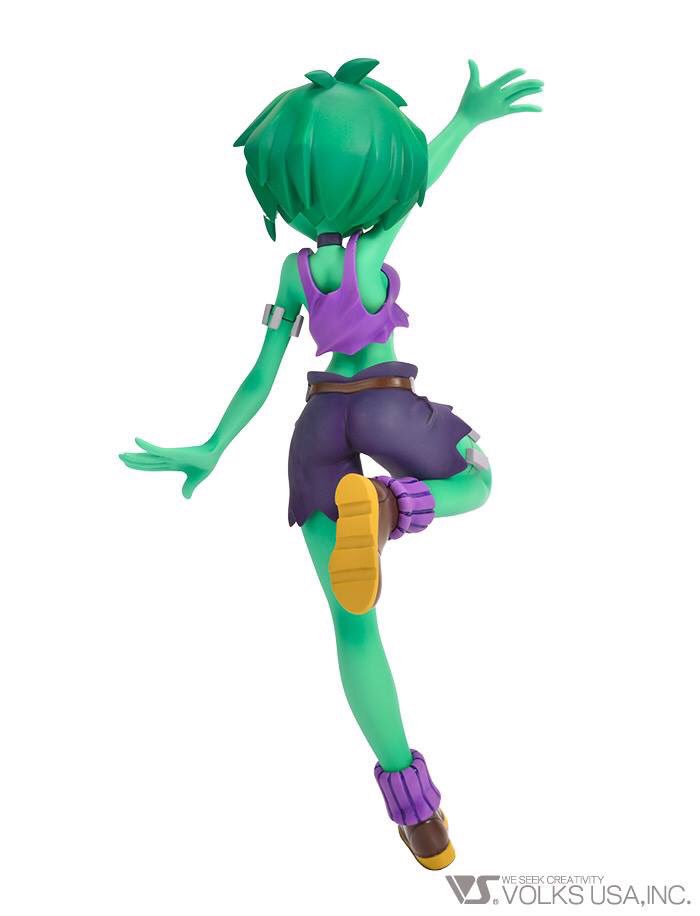 Rottytops from Shantae getting her own figure

Posted on 2 years ago by Brian(@NE_Brian) in General Nintendo, News | 6 Comments

Last week, WayForward’s Matt Bozon held a poll on Twitter asking fans to help choose the next Shantae figure. The results are in, and the winner is Rottytops. She just beat out Risky Boots as well as Sky and Bolo.

WayForward will be working with CharaGumin on the upcoming figure. The two sides released a Shantae figure earlier this year.

Wow! Rottytops beat Risky Boots by a sliver! Thank you all so much for participating!! Wow!! 🙂 Results will go to @volks_hobbydept !! pic.twitter.com/9H7TVMdCSm

Posted on 2 years ago by Brian(@NE_Brian) in General Nintendo, News | 1 Comment

The first Shantae figure was sold at Anime Expo earlier this month. Series creator Matt Bozon said that if it sold well, Volks would be more interested in making it available online as well.

Volks now has a pre-order page up for the Shantae figure on its website, so it looks like interest at Anime Expo was very high. Orders placed now will be delivered on August 18. Pricing is set at $75.

You can pre-order the Shantae figure here.

The Art of Shantae announced for 2018 release

Posted on 2 years ago by Brian(@NE_Brian) in General Nintendo, News | 3 Comments

Udon Entertainment hosted its own panel at San Diego Comic-Con a short while ago. Among other things, The Art of Shantae was unveiled. The upcoming book will feature art from all four entries in the series.

Udon Entertainment previously announced an art book for Shovel Knight. That one is on track for September.

First Shantae figure to be sold at Anime Expo 2017

Posted on 2 years ago by Brian(@NE_Brian) in General Nintendo, News | 10 Comments

WayForward’s Matt Bozon put out a message yesterday confirming that the figure will be sold at Anime Expo 2017. Quantities are also expected to be limited.

Now… what if you’re not attending Anime Expo? Bozon says it’ll be up to distributor Volks to sell it online through its store. If the Shantae figure sells well at Anime Expo, more units could potentially be produced.

WayForward teams up with Volks for Shantae CharaGumin figure

WayForward is moving forward with an official Shantae figure. Creator Matt Bozon shared the news on his personal Twitter page.

Shantae will be getting her very own CharaGumin figure in partnership with Volks. A price, release date, and more will be announced later down the road.

Update: The theme will cost $1.99, as stated by Matt Bozon of WayForward.

WayForward has readied a new 3DS theme based on the Shantae series. Later this week, fans will be able to buy the Shantae Beach 3DS theme. It’s panorama style, and has music/voices.

We should be seeing the theme in North America on Thursday. Europe will have it on Friday.

Footage of the Shantae 3DS themes

Shantae 3DS themes out next week in North America 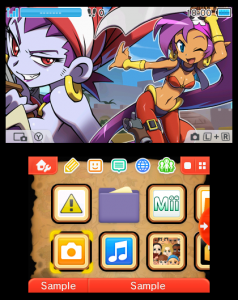 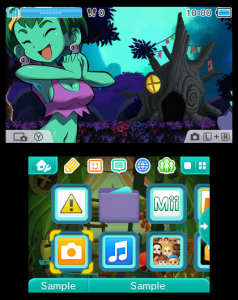 WayForward has a pair of Shantae 3DS themes lined up for North America next week. The ones above are slated for April 2. Both feature panoramic backgrounds, custom tunes by Jake (Virt) Kaufman, and character voices by Cristina Vee.

Shantae’s 3DS themes should be coming to other territories in due time as well. We’ll let you know when we hear something for additional regions.

Posted on 5 years ago by Patrick(@Patricklous) in DS, DSiWare, Features, Reader Poll | 3 Comments

The big (only?) selling point of the DSi was the existence of DSiWare, a collection of downloadable games available for purchase. From cheap, simple titles like Pyoro and other re-released WarioWare games to larger titles that were a bit too niche for a retail release like Wayforward’s Mighty Flip Champs, there was a fair bit worth playing on the service, so I thought it was worth highlighting the best it has to offer – or at least the games you readers claimed to be the best. I personally have minimal experience with DSiWare, only discovering a handful of games through the 3DS eShop, which is why other editors, namely Austin, are giving me a hand in writing this up.

I had initially planned to do all these lists as a “top 10” since it’s the tenth anniversary of the Nintendo DS, but since the DSi has only been out for six years let’s streamline things a bit. Yes, that’s the reason that only six games are on it and not because there were only a few entries that completely dominated the poll.