With a US theatrical release through Sony on Thanksgiving, Planet 51 is the tale of US astronaut Captain Charles “Chuck” Baker (Dwayne Johnson, The Scorpion King, Be Cool) who lands on Planet 51 thinking he’s the first person to step foot on it. To his surprise, it’s already inhabited by little green people who are happily living in a world reminiscent of a cheerfully innocent 1950’s American. The film also features the voices of John Cleese, Gary Oldman and Seann William Scott.

Mark Greenshields, CEO of Firebrand Games, commented “We have a track history of creating incredibly successful handheld titles and now, with the opportunity to work on a huge film tie-in like Planet 51, Firebrand is taking our core skill of producing triple-A driving titles into a wider arena.” He continued “Planet 51 is a game that has many diverse elements to it and we’re committed to turning the game into as big a success as the movie is going to be. With a strong storyline and some amazing visuals we’re sure that Planet 51 is going to be a massive hit on the DS.”

Planet 51 The Game is being released in the western markets by SEGA from November 2009.

From the genius mind of Yuji Naka, two new innovative Wii Titles Hit Shelves and the Nintendo Channel this week

LONDON & SAN FRANCISCO (June 16, 2009) – SEGA® Europe Ltd. and SEGA America, Inc. today announced they have shipped LET’S TAP™ for Nintendo Wii™, which will be available at retail for £24.99. Another Wii exclusive, LET’S CATCH™, Yuji Naka’s second title from his Prope studio, will be available for download from the Nintendo Channel store on the day of the LET’S TAP release – 19th of June 2009.

Blazing new ground in the Nintendo Wii™ control design allows LET’S TAP players to simply tap their fingers on the Wii remote, giving hours of simple unadulterated fun. LET’S CATCH brings the time-honoured game of catch into players homes but with some creative new twists! LET’S TAP and LET’S CATCH are the first two products developed by Prope, the studio that Sonic the Hedgehog™ creator Yuji Naka established in 2006.

END_OF_DOCUMENT_TOKEN_TO_BE_REPLACED 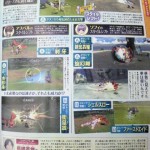 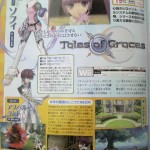 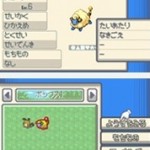 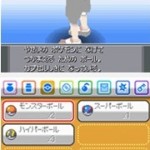 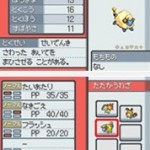 A bunch of additional details for Pokemon Gold/Soul Silver, including that all 493 Pokeman can follow.

“With regards to the Prime series, if the team at Retro comes up with an idea that does bring a sequel to the series to fruition, I by all means encourage them to do that. But I’m not directly involved with the Prime games. In terms of the Metroid series stories that I’ve told, the games that I’ve been involved in, I started with the NES Metroid and took it through Fusion. I’m hoping to tie the Super Metroid and Fusion stories together, and until I do that I can’t think about what happens after Fusion, but if the concept does come to me I’d like to continue the story and see how far it can go.” – Yoshio Sakamoto

Sometime in the future, I would be interested in seeing a new game in the Prime series. Additionally, I would love to play another Metroid title on the DS. What about you guys?

Were you hoping to battle a friend in a game of basketball or golf in Wii Sports Resort over the Internet? Well, unfortunately Shigeru Miyamoto has confirmed that there is no online support for the title. Miyamoto stated in a video interview with GameSpot that Wii Sports Resort is the type of game in which “you want to see your opponents face.”

“I think that there are different types of competition, different ways that people compete with each other and I think we can look at different titles and how they apply themselves to that face-to-face competition and maybe say that online competition. I think games like Wii Sports Resort, New Super Mario Bros. for Wii, are games that you want to see your opponents face, you want to play with them right there. And I think because it does allow for players of various experience levels to play together, we really haven’t thought of that being something we want to put online. We want people to be playing it together physically…”