Posted on 3 years ago by Matt(@OnePunchMaz) in Switch, Videos | 1 Comment

Gust have published video that gives a nice preview of the Nights of Azure 2 soundtrack; give it a watch:

As a reminder, both of the game’s special editions also come with a copy of the soundtrack. Nights of Azure 2 will be released on the Switch in Japan on August 31st.

Pokken Tournament controller compatible with the Switch after the 3.0 update

Posted on 3 years ago by Matt(@OnePunchMaz) in News, Switch | 21 Comments

The Switch 3.0 firmware update brought with it quite a few documented changes – and, as it turns out, at least one undocumented one.

Of course, it’s missing features like the capture and Home buttons and HD rumble, but the Pokken Tournament controller could nonetheless be a nice, cheap alternative to the Pro Controller.

Posted on 3 years ago by Brian(@NE_Brian) in News, Switch | 20 Comments

Here’s one more aspect from today’s Switch update that Nintendo didn’t mention. Posts in the “News” section now have like / dislike buttons. Once you’ve made a selection, you can undo it or change your answer.

Right now it doesn’t seem like marking things has a real purpose. However, Nintendo may collect the data and use that to improve upon future news deliveries.

Posted on 3 years ago by Brian(@NE_Brian) in News, Switch | 8 Comments

Switch received a number of new features tonight part of the 3.0.0 update. Among them is the ability to find paired controllers within communication range by activating the vibration feature.

The way it works is pretty simple. You simply need to visit the “Controllers” section on the Home Menu, choose the “Find Controllers” option, and tap on any of the controllers you see on the screen. Any controllers in range will then rumble and essentially emit a sound so that you can locate them.

Here’s a good look at the feature:

YO CHECK THIS FUCKIN SHIT OUT pic.twitter.com/O95JiP7Sqw

This could really come in handy if you’ve removed your Joy-Con, but are unsure where you’ve placed them. If they’re nearby, the vibration and sound should help you out.

A look at the new Splatoon 2 icons on Switch

Posted on 3 years ago by Brian(@NE_Brian) in Images, Switch | 13 Comments

Included in today’s new Switch update are six new icons for Splatoon 2. System owners can use any of them as profile pictures. Take a look at the full set above.

Posted on 3 years ago by Brian(@NE_Brian) in News, Switch | 48 Comments

Nintendo has just pushed out a fairly substantial update for Switch. After applying the firmware, your system will be at version 3.0.0.

Today’s update doesn’t add a ton in terms of new features. However, there is some new functionality, and a number of improvements such as the ability to add friends from Wii U and 3DS, new Splatoon 2 icons, a fix for issues with HDMI input change, and much more.

END_OF_DOCUMENT_TOKEN_TO_BE_REPLACED

NPD Group has released a listing of the top twenty best-selling games in the U.S. for the month of May 2017. The results can be found below.

END_OF_DOCUMENT_TOKEN_TO_BE_REPLACED

Posted on 3 years ago by Brian(@NE_Brian) in News, Switch | 2 Comments

Glixel had a chance to speak with ARMS producer Kosuke Yabuki and art director Masaaki Ishikawa. They had plenty to say about the new Switch game, including how characters’ arms didn’t originally extended, approach to designs, plans for lore, and other topics.

We’ve gone through the interview and picked out excerpts below. Read the full discussion here.

END_OF_DOCUMENT_TOKEN_TO_BE_REPLACED

Posted on 3 years ago by Brian(@NE_Brian) in Images, Switch | 14 Comments

At least in Japan, the new Switch version of Azure Striker Gunvolt: Striker Pack is seeing a physical release. Get a look at the boxart below.

And here a couple of additional shots showing the inside and back: 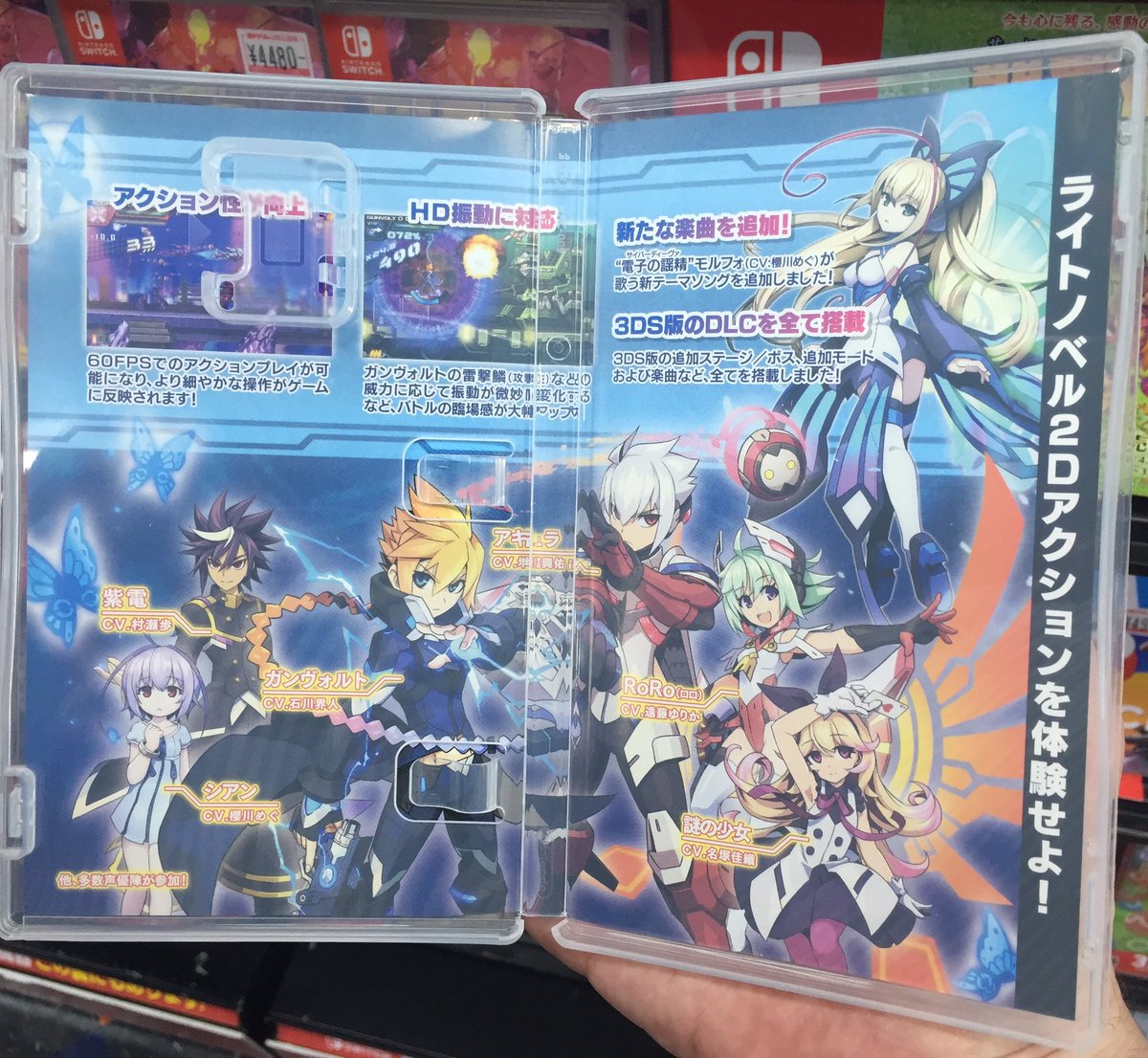 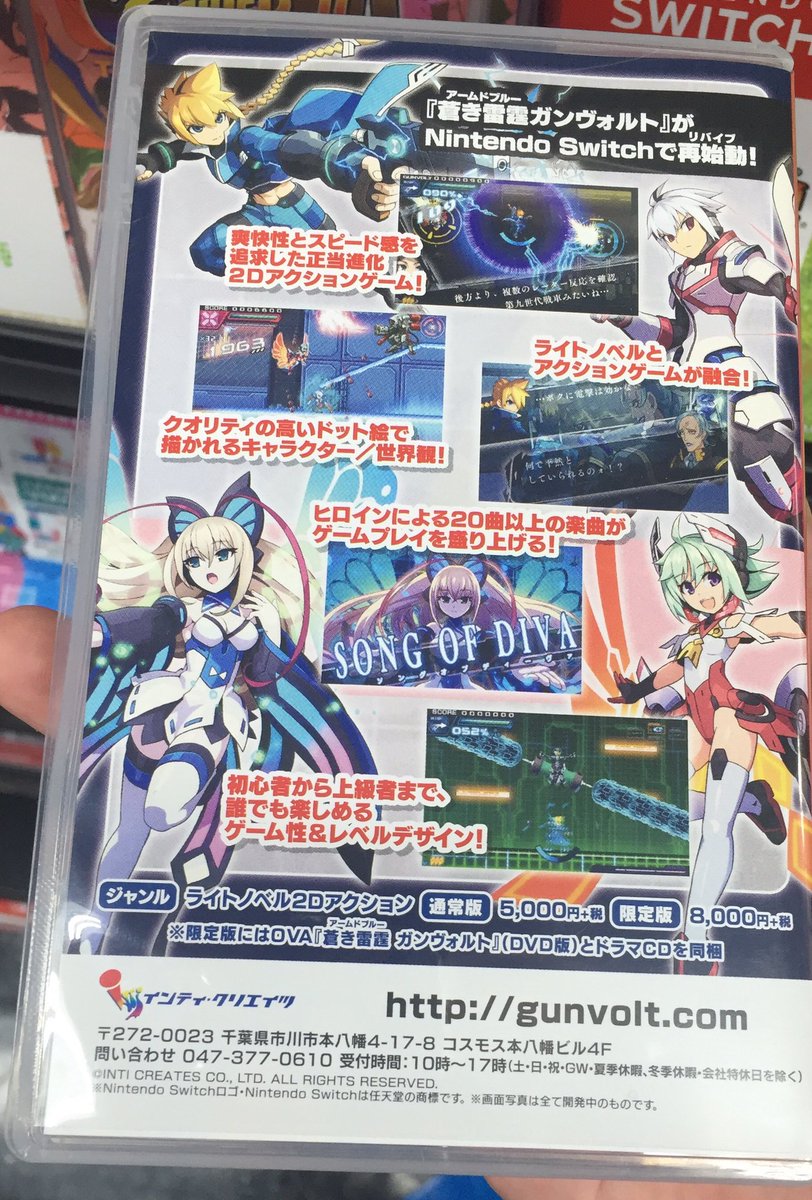