Posted on 7 years ago by Brian(@NE_Brian) in 3DS, General Nintendo, News, Wii U | 4 Comments 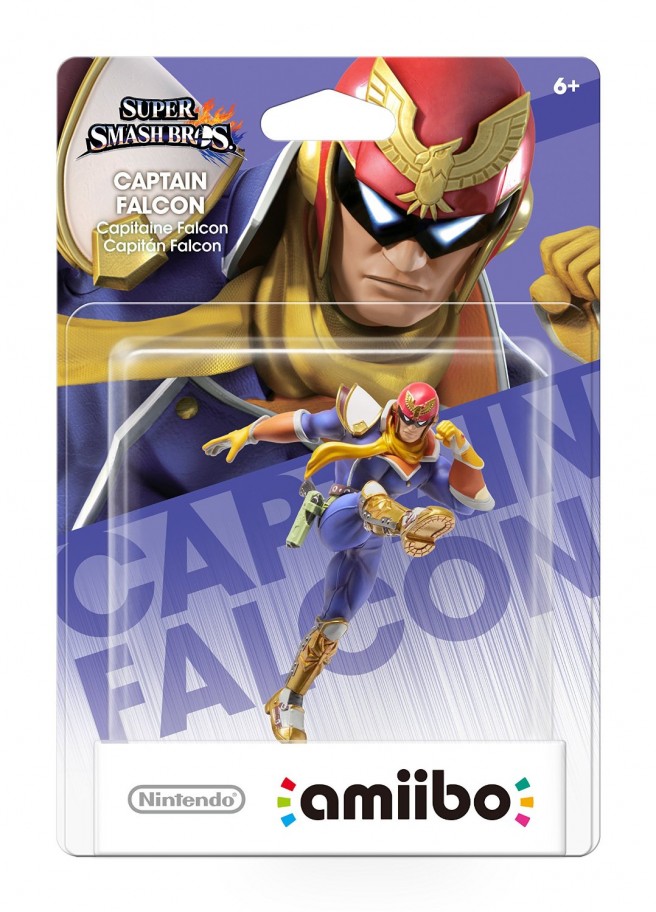 Update: Bumped to the top. All Amiibos are now available on Amazon.

In December, Nintendo will release a second round of Amiibo figures. Consumers will be able to purchase Amiibos for Zelda, Diddy Kong, Luigi, Little Mac, Pit and Captain Falcon.

Retailers have now opened pre-orders for the new figures. You can find links to each below.

Posted on 7 years ago by Brian(@NE_Brian) in General Nintendo, Images, Wii U | 4 Comments

Super Smash Bros. for 3DS will receive a patch to support Amiibo, Nintendo has announced. A date for the update was not shared, nor are there details available at this time. Stay tuned!

REDMOND, Wash.–(BUSINESS WIRE)–Strong launches in the Americas, Europe and Australia* have propelled the cumulative sales total for Super Smash Bros. for Nintendo 3DS to more than 2.8 million sold worldwide. This first-ever portable installment of the game has resonated both with fans and critics, and its initial sales set Nintendo up for a strong holiday season.

To keep the momentum going, Nintendo has unveiled the launch date of the Wii U version of the fighting game. The Super Smash Bros. for Wii U game will launch in North America on Nov. 21, just in time for the heart of the holiday shopping season, at a suggested retail price of $59.99. The first wave of Nintendo’s interactive amiibo figures will launch the same day at a suggested retail price of $12.99 each. Twelve iconic Nintendo characters will be included in the first wave, with a second wave of six more figures set to launch in December.

“Super Smash Bros. for Nintendo 3DS is already in the hands of more than 2.8 million people worldwide, and the road ahead looks great,” said Scott Moffitt, Nintendo of America’s executive vice president of Sales & Marketing. “Nintendo’s holiday software lineup is more than impressive, and our amiibo figures start a new chapter in the world of Nintendo interactive entertainment. With so many great experiences available, this holiday season is going to be an amazing time to be a Nintendo fan.”

The amiibo figures can interact wirelessly with compatible games in unique new ways, providing fresh game-play experiences and a great value for consumers. Players simply need to tap them to the Wii U GamePad controller to activate them, and some figures offer compatibility across multiple games – no additional equipment is required. Fans can buy and collect amiibo, to bring them closer to the games and characters they love. Super Smash Bros. for Wii U will support amiibo when it launches on Nov. 21, and upcoming amiibo compatible games include Mario Party 10 and Yoshi’s Woolly World, with more to come. Mario Kart 8, available now in stores and the Nintendo eShop, will also support amiibo in the future. A software update may be necessary to use amiibo functionality for these and other amiibo compatible games in the future.

Never one to be overlooked, Captain Toad: Treasure Tracker was a critical and crowd favorite during the E3 Expo video game trade show in June. The game launches Dec. 5 at a suggested retail price of $39.99 and lets players take control of intrepid explorer Captain Toad as he sets off on adventures like exploring a haunted house or escaping a smoldering volcano. Even though Toad characters have appeared in video games since the original Super Mario Bros. game on NES, this is the first time that one of them gets top billing. The game will also support select amiibo figures in 2015.

To celebrate the recent launch of Super Smash Bros. for Nintendo 3DS, Nintendo is holding the Super Smash Bros. for Nintendo 3DS National Open Tournament in New York on Oct. 11. Featuring 16 players who won regional tournaments around the country this past weekend, the event begins at 6 p.m. ET and will be broadcast live on Nintendo’s channels on Twitch and YouTube. Character customization will play an important role in the action, allowing the top 16 players to engage in unique battles showcasing everything the new game has to offer.

Remember that Wii U and Nintendo 3DS feature parental controls that let adults manage the content their children can access. For more information about this and other features, visit www.nintendo.com/wiiu or www.nintendo.com/3ds.

* Super Smash Bros. for Nintendo 3DS launched on Sept. 13 in Japan, Oct. 3 in the Americas and Europe, and Oct. 4 in Australia. Cumulative sales reflect life-to-date totals in each of those regions. Data from Europe primarily covers Friday, Oct. 3 and Saturday, Oct. 4, as the great majority of retail outlets are closed on Sundays across Europe. All sales figures are Nintendo estimates for both digital downloads of games and physical sales.

About Nintendo: The worldwide pioneer in the creation of interactive entertainment, Nintendo Co., Ltd., of Kyoto, Japan, manufactures and markets hardware and software for its Wii UTM and WiiTM home consoles, and Nintendo 3DSTM and Nintendo DSTM families of portable systems. Since 1983, when it launched the Nintendo Entertainment SystemTM, Nintendo has sold more than 4.2 billion video games and more than 670 million hardware units globally, including the current-generation Wii U, Nintendo 3DS and Nintendo 3DS XL, as well as the Game BoyTM, Game Boy Advance, Nintendo DS, Nintendo DSiTM and Nintendo DSi XLTM, Super NESTM, Nintendo 64TM, Nintendo GameCubeTM and Wii systems. It has also created industry icons that have become well-known, household names such as MarioTM, Donkey KongTM, MetroidTM, ZeldaTM and PokémonTM. A wholly owned subsidiary, Nintendo of America Inc., based in Redmond, Wash., serves as headquarters for Nintendo’s operations in the Western Hemisphere. For more information about Nintendo, please visit the company’s website at www.nintendo.com.

Posted on 7 years ago by Kirara Koneko(@KiraraKoneko) in 3DS, News, Wii U | 2 Comments

Season of Smash continues on 5th December with Super Smash Bros. for Wii U and two waves of amiibo on 28th November and 19th December

7th October 2014 – Strong launches in Europe, the Americas and Australia* have propelled the cumulative sales total for Super Smash Bros. for Nintendo 3DS to more than 2.8 million worldwide. This first-ever portable instalment of the game has resonated with fans and critics alike, and its initial sales set Nintendo up for a strong Christmas season.

The “Season of Smash” is set for another boost as Nintendo today lifts the lid on the European release date for Super Smash Bros. for Wii U, with the fighting series’ first foray into HD landing in European shops on 5th December. The first wave of Nintendo’s interactive amiibo figures will launch a week earlier, on 28th November. Twelve iconic Nintendo characters will be included in the first round, with six more figures set to launch with the second wave on 19th December.

END_OF_DOCUMENT_TOKEN_TO_BE_REPLACED

Super Smash Bros. for Wii U launches in Japan on December 6

Posted on 7 years ago by Kirara Koneko(@KiraraKoneko) in News, Videos, Wii U | 0 comments

Super Smash Bros. for Wii U and amiibo trailer- Europe

Posted on 7 years ago by Kirara Koneko(@KiraraKoneko) in News, Videos, Wii U | 0 comments

Photos of the Amiibo cases

Posted on 7 years ago by Brian(@NE_Brian) in 3DS, General Nintendo, Images, Wii U | 0 comments 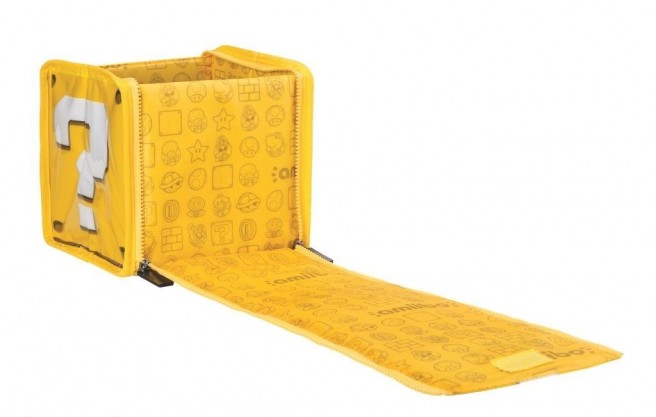 Last week, Amazon Germany listed Super Mario World, Super Mario question block, and 1UP mushroom Amiibo cases. Images have since surfaced for the latter two products, which you can find below.

We also have a tiny bit of news regarding the publisher of the Amiibo cases. Amazon Germany originally listed Gioteck as the manufacturer, but it now appears that PowerA is actually making the various products.

Three different Amiibo cases have been listed on Amazon Germany. Consumers will be able to purchase cases for Super Mario World, the Super Mario question block, and 1UP mushroom. Gioteck, a maker of accessories, appears to be behind these products.

Thanks to Onur Keskin for the tip.

Posted on 8 years ago by Brian(@NE_Brian) in Rumors, Wii U | 6 Comments

Nintendo put up listings for the various Amiibo figures on its online store today. What’s particularly interesting is that each page includes a “November” release date.

As many of you know, Nintendo has said that Super Smash Bros. for Wii U will release alongside Amiibo. Might this mean that the game will launch in November?