Masuda: Pokemon GO “will bring about a new kind of experience” compared to existing games 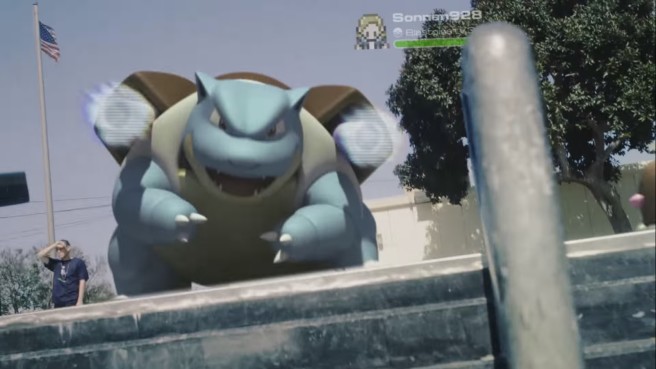 Game Freak’s Junichi Masuda spoke about a number of general Pokemon topics in this month’s issue of GamesMaster. He also commented specifically on Pokemon GO a bit as well, in which he stated that the game “will bring about a new kind of experience, different from that of existing Pokemon titles”.

“Amongst other things, this year will see the launch of Pokémon Go – a groundbreaking mobile game that will encourage fans to search far and wide in the real world to discover Pokémon. Players will be able to catch, trade, and battle in the real world by utilizing location information.

“I have been involved personally in the project. It is a game where players can search, trade and battle Pokémon in the real world. I think Pokémon Go will bring about a new kind of experience, different from that of existing Pokémon titles, allowing players to explore their own neighborhoods, searching for Pokémon together with their friends. It is in this way that we hope that Pokémon Go, which will be released in 2016, will provide new enjoyment to our fans.”

Niantic was originally planning on hosting a Pokemon GO session at GDC. However, those plans were cancelled so that the team could focus on the game itself. A field test for Pokemon GO will be held in Japan later this month.

Posted on 6 years ago by Brian(@NE_Brian) in General Nintendo, News | 60 Comments 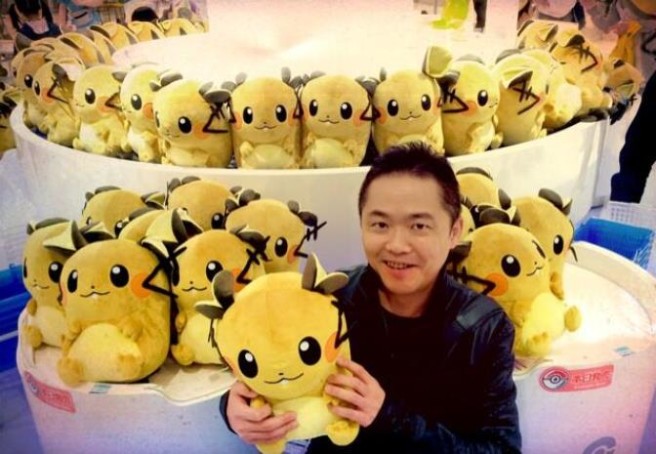 Is it too early to be talking about E3 2016? Maybe. But there’s one tweet from Game Freak’s Junichi Masuda that already has Pokemon fans excited about what could be featured at the expo.

Organizers of Desucon from Finland wanted to invite Masuda to their event. However, considering that it’s very close to E3, after discussing it with The Pokemon Company International, he won’t be able to attend. In other words, Masuda prioritizes E3, so he can’t go to that Desucon given how the timeframe between the two is very close.

Posted on 6 years ago by Brian(@NE_Brian) in General Nintendo, Videos | 4 Comments 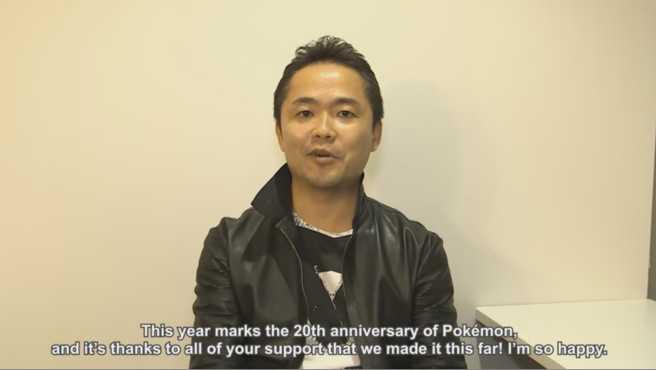 A pair of videos have been published on the Pokemon YouTube account featuring key members of the franchise. The Pokemon Company president Tsunekazu Ishihara and Game Freak’s Junichi Masuda discussed the series’ history. View them both below.

Posted on 7 years ago by Brian(@NE_Brian) in General Nintendo, News | 8 Comments 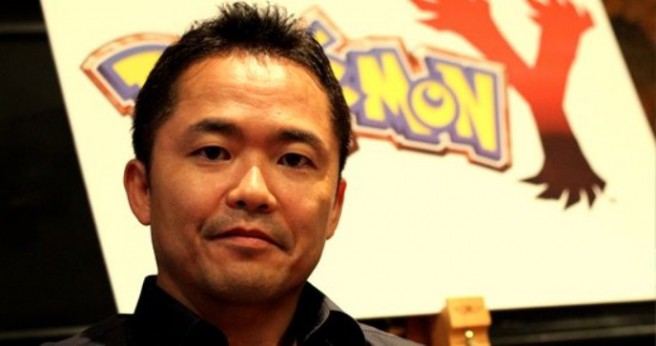 In the latest issue of Famitsu, Game Freak said that the company wants to make 2016 “into a great year of celebrations” for Pokemon. Junichi Masuda offered up a little something more in this month’s Nintendo Dream.

Here’s our translation of what was said:

“Happy New Year! On February 27, 2016, Pokemon will celebrate its 20th anniversary. On this day, Virtual Console versions of Pokemon Red, Green, Blue & Yellow will be released, so if we can hype it up with everyone while feeling nostalgic with the past, I’ll be glad! And this year I think we’ll give a feel of the future with Pokemon Go! We’re challenging [ourselves] so that the 20th anniversary will be fun for everyone in the world, so please keep up your continuing support. The ring of Pokemon is still getting bigger! I look forward to working with you all this year!

Posted on 7 years ago by Matt(@OnePunchMaz) in News, Rumors | 23 Comments

Junichi Masuda, known for his work on the Pokemon series, just made a tweet in which he’s telling people to watch today’s Nintendo Direct.

Obviously, this might not mean anything. There have been times in the past where a creator, such as Masahiro Sakurai or Soraya Saga of Monolith Soft, tweeted about an upcoming Nintendo Direct which led people to speculate that said Direct would feature news from their respective games, but it didn’t end up happening after all. Still, I figured it was worth pointing out.

Assuming today’s Direct will feature something Pokemon-related, what could it be? Pokemon Super Mystery Dungeon seems unlikely since the game is already out in Japan and Masuda probably wouldn’t announce news about it like this to his mostly Japanese Twitter audience. News about the Wii U version of Pokken Tournament are definitely a possibility, however Game Freak was barely involved with the development of that game, which was handled by Bandai Namco instead. Pokemon GO is unlikely since Nintendo have said that the Direct will only feature Wii U and 3DS games. What most people would probably want to see is news about a new mainline Pokemon game, such as the rumoured Pokemon Z. It seems like a foregone conclusion that there will be another 3DS Pokemon game set in the Kalos region, but who knows if it will be announced today.

Either way, we will know for sure in about 12 hours when the Direct airs.

Posted on 7 years ago by Jarop(@gamrah) in General Nintendo, News | 0 comments

Industry veteran Junichi Masuda is among the many high profile names to reflect on Iwata’s untimely passing this week. Masuda is best known for his work on the Pokemon franchise and maintained a close relationship with the late Nintendo CEO throughout his years in the field. Here’s what he had to say (thanks to Liam Pomfret for the translation):

.@Junichi_Masuda “Right now, I’m returning to Tokyo from Kyoto. The wake was held yesterday and today among large tears from heaven. …

.@Junichi_Masuda … Iwata-san, people from around the world are sad. There were so many things I still wanted to work on alongside you. …

.@Junichi_Masuda … There were so many things out there I still wanted to show you. Iwata-san, thank you. Please rest in peace.”

Posted on 8 years ago by Brian(@NE_Brian) in 3DS, General Nintendo, News | 1 Comment 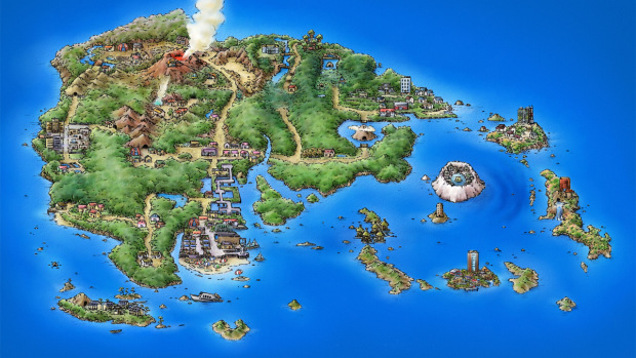 Game Freak’s Junichi Masuda was one of the designers on the original Pokemon Ruby and Sapphire games. That means he created environments and maps that make up the region of Hoenn.

In an interview with Kotaku, Masuda revealed that he was inspired by his childhood summers on the island of Kyushu in making Hoenn.

“So [Hoenn] was inspired by when I would go and visit my grandparents when I was younger. I grew up in Tokyo, which was obviously a big city, and my grandparents lived in Kyushu, a Japanese island. It was really completely different there. Where I came from we didn’t have clean rivers or a lot of insects or wildlife, but when I visited my grandparents I got to experience that abundance of nature – I’d got out and catch bugs, play in the river, catch fish in the ocean, explore forests.”

“I really wanted to express those childhood memories with the Hoenn region when I first thought about Ruby and Sapphire,” he says. “It’s expressed in how abundant the nature is compared to some of the other settings, and also in the idea of secret bases, which was like making tree-houses or a special fort when I was a kid.”

In kanji, “Hoenn” can be roughly translated to “abundance” and bonds” or “connections” when considering “ho” and “en”. This is something that Masuda spoke about as well.

“One of the original themes was this idea of abundance – not just of nature, but of how warm people are in the country, and people were always so nice to me there. Neighbours would say hello to me on the street. That’s the hidden meaning: the abundant bonds between people and nature.”

Posted on 8 years ago by Brian(@NE_Brian) in General Nintendo, News | 15 Comments

Last year, Koei Tecmo executive vice president Hisashi Koinuma mentioned that he’d love to use Mario in a Musou-type game. That was not a joke – Koinuma was being completely serious.

Koinuma elaborated on his original comment while speaking with Polygon, with the site reporting:

He sees Mario as a character that would need to branch out from hand-to-hand combat but could focus on his distinctive moves. Speaking hypothetically, Koinuma suggests Mario could “blast enemies off the screen or knock them unconscious” with his moveset. “I suppose the game would be balanced so the kids could enjoy it as their first action game experience, whereas the adults could enjoy the game with friends and families as a group,” he says.

Pokemon producer Junichi Masuda also weighed in on Musou. He’d be open to seeing the Pokemon franchise cross over with Koei Tecmo’s IP if it wasn’t too violent. During his discussion with Polygon, Masuda suggested that perhaps players could throw out a lot of Pokeballs. It would also need a new form of gameplay so as to not feel too familiar.

Posted on 8 years ago by Brian(@NE_Brian) in General Nintendo, News | 15 Comments

Posted on 8 years ago by Brian(@NE_Brian) in 3DS, General Nintendo, News | 2 Comments

CVG has published a new interview with Game Freak’s Junichi Masuda, which covers a wide array of topics. Masuda was asked about the Pokemon Omega Ruby/Alpha Sapphire demo, fan requests like the return of Pokemon Snap, and more.

Read on below for a few excerpts from the discussion.