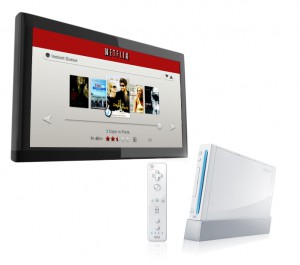 Millions of U.S. Wii Owners Will Have the Opportunity to Access the World’s Largest Online Movie Rental Service

REDMOND, Wash., and LOS GATOS, Calif., Jan. 13, 2010 – Nintendo of America Inc. and Netflix, Inc. [Nasdaq: NFLX] today announced an agreement that will allow Netflix members who are also owners of Nintendo’s Wii™ home console to instantly watch thousands of movies and TV episodes streamed from Netflix directly to their TVs. Netflix is scheduled to go live on the Wii console this spring in the United States at no additional cost to Netflix members who have a plan starting at $8.99 a month, a Wii console and a broadband Internet connection.

The partnership between the two companies will extend the reach of content streamed from Netflix farther than ever before, thanks to the mainstream popularity of the Wii console. Wii remains the fastest-selling home console in history, and reaches more consumers than any other device that currently supports streaming movies from Netflix. In December 2009, Nintendo sold well in excess of 3 million Wii consoles in the United States. Wii is the top-selling home video game system of this generation, and as such brings the Netflix experience to a broad and diverse mass market.

END_OF_DOCUMENT_TOKEN_TO_BE_REPLACED

This information comes from the latest issue of Game Informer… 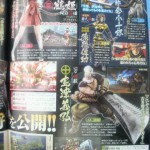 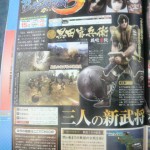 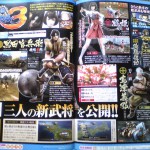 END_OF_DOCUMENT_TOKEN_TO_BE_REPLACED

Nintendo rep claims next DS comments from Iwata were misinterpreted

“Mr. Iwata did not make any comments regarding the functions of Nintendo’s future hardware systems. The answer to the reporter’s question was misinterpreted.” – Charlie Scibetta, Nintendo of America’s senior director of corporate communications

While it’s possible that Iwata’s words were misinterpreted, that doesn’t seem too likely to me unless the Asahi Shumbun made some sort of huge error. And remember, Nintendo has been known to deny things in the past. I’d like to hear something from Iwata himself that he never made any remarks about the next DS before I fully believe this news, especially since this is just a statement from a spokesperson.

Metroid: Other M still on track for 2010, according to Nintendo

“Nintendo’s Metroid Prime: Trilogy is the ultimate collector’s edition experience for fans of the Metroid Prime series, combining all three critically acclaimed games on one disc with Wii motion controls. Copies of the game are currently available at major retailers nationwide. The next highly anticipated offering in the Metroid franchise is Metroid: Other M, which will be available this year.” – Nintendo statement

Even though Nintendo is saying that Metroid: Other M, Super Mario Galaxy 2, and Zelda Wii will all be released this year, I just don’t see that happening. I think Galaxy 2 will be released sometime this year for sure since the game is almost finished with development. If I had to guess, I’d say Zelda Wii is the most likely title to be delayed out of the three.