Battleminer version 2.0 update out on Thursday in North America 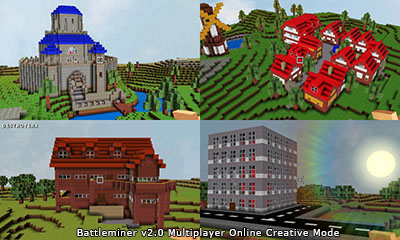 Battleminer’s new update will be available in North America later this week. Developer Wobbly Tooth confirmed through Twitter today that the patch, which adds new elements such as multiplayer, is due out on Thursday. Battleminer will be sold at half price in celebration of the new update.

Battlminer v2.0 will be out on Thurs 21st May! It will be HALF PRICE so your friends can buy a copy for Multiplayer. https://t.co/8QP4LUFREy 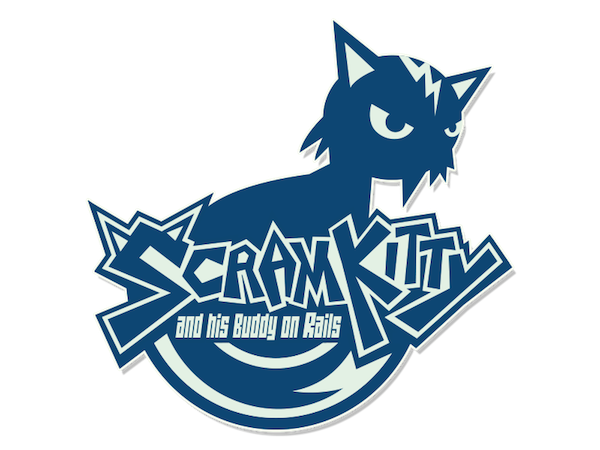 A new Scram Kitty and his Buddy on Rails video was uploaded to the Nintendo UK Wii U YouTube channel earlier today. It gives us another look at the game’s version 2.0 update. Check it out below. 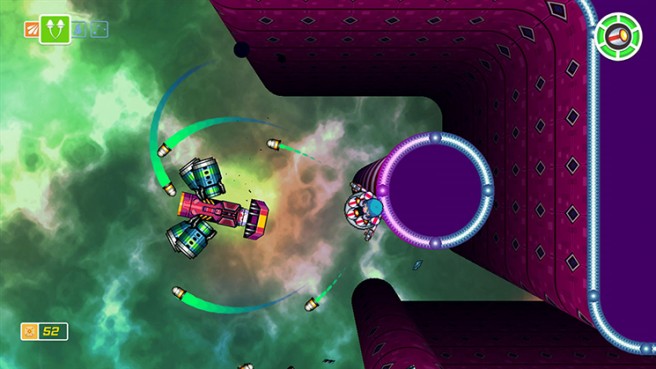 Dakko Dakko has now released a video showing off Scram Kitty and his Buddy on Rails’ new 2.0 update. Watch it below.

Dakko Dakko is updating Scram Kitty and his Buddy on Rails with new features. To celebrate the game’s anniversary, the studio has created a patch that allows players to freely aim one direction while riding in another using a “twin-stick” control setup.

That isn’t all, however. Dakko Dakko says that the update features freer movement when targeting, enhanced enemy AI, and a number of “small adjustments throughout to make the whole game a smoother experience.”

Scram Kitty’s update is starting to roll out on various platforms today. When we have official confirmation about it being available on Wii U, we’ll update this post. 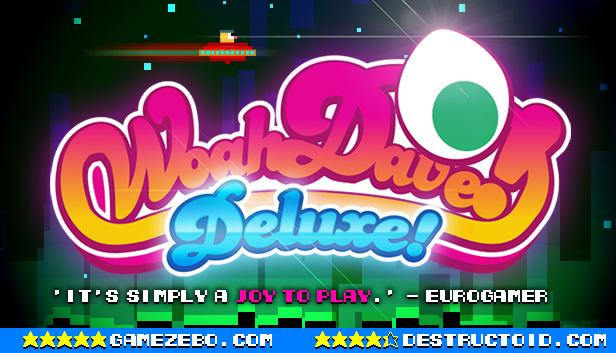 Choice Provisions’ update for Woah Dave! is out now on 3DS. This is entirely for the “Deluxe” content, which adds new characters, bosses, and more.

Choice Provisions passed along the update news via Twitter a few moments ago.

Oh hey! It looks like the 3DS update for Woah Dave! is available now! If you own the game, go get yourself some free WOAH DAVE! DELUXE! <3

* Two new levels, each of which will challenge even the best Woah Dave! players to rethink their strategy
* New characters in the form of:
– Adoma (of Destructamundo fame)!
– Jr. Melchkin (of BIT.TRIP fame)!
– CommandgirlVideo (of BIT.TRIP fame)!
– Mr. Robotube (of Robotube Games fame)!
– BlokTom (of Bloktonik fame)!
– Plus a new, hidden character. Find them if you can!
* Boss battles!
* New enemy types!
* Rideable UFOs!
* A “Classic Mode” for all those Woah Dave! purists who would prefer their game remain unchanged!
* Maybe a few additional Easter eggs…!

And here’s the original trailer: 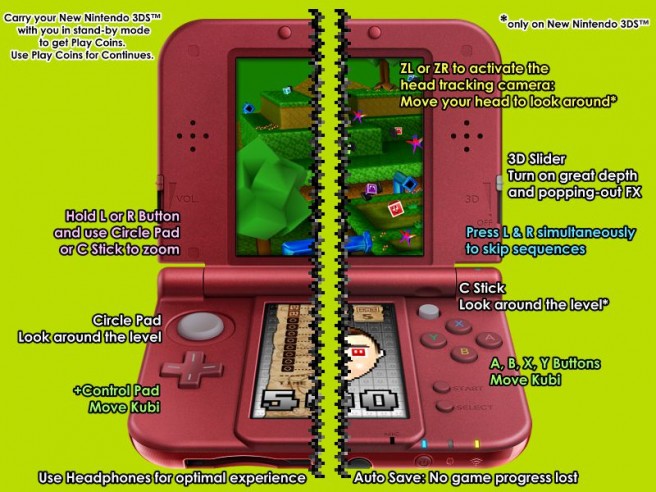 The 1.1 update for Bit Boy!! Arcade was made available in Europe earlier this month. That same patch has now been extended to North America as well.

– New Title Screen.
– Completely new Bonus Level Round Hill offers 3 phases to play and comes with a brand new music track.
– New Cinema Construct for watching all the sequences again.
– Improved Camera Control: Look around using the Circle Pad or C Stick*, Hold L- or R-Button to zoom.
– New intuitive Head-tracking-Camera activated by ZL/ZR: Look around the corner by moving your head.*
– 60 frames/second support on main screen and in the Construct level hub.*
– New ShadowMan design and animation for a better visibility.
– Get an 1UP extra life by reaching a score of 400.000 in a phase.
– The EASY MODE can now be activated at any time without having to lose 2 lives in a phase.
– After you have beaten the boss you can now enter any single Rainbow Run or Boss phase.
– New info screen during sequences recommends use of headphones and informs about how to skip the sequence.
(*Feature only available on New Nintendo 3DS)

In the bonus level Round Hill, players need to revive all of the Pixel Flies to be able to reach the portal. The Item Blocks need to be unlocked first similar to Boss Phases.

Battleminer’s new update came out in Europe last month. The patch added multiplayer, animals, and support for the New 3DS.

Wobbly Tooth is still planning on bringing the update to North America, but the developer has encountered a snag. There’s a chance that version 2.0 will be ready in June, but it’s also possible that it won’t be released until later down the line.

Wobbly Tooth recently shared the following in a Miiverse update: 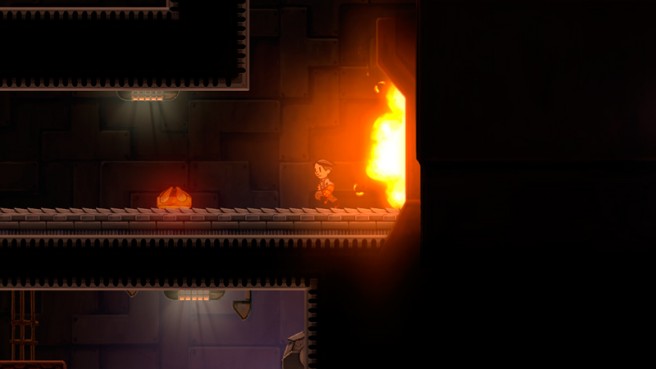 Teslagrad just received an update a couple of days ago that adds several new features. The game now supports screenshots, the Pro Controller, and the Classic Controller. Other improvements have been made as well.

Rain Games passed along the news on Miiverse:

Elliot Quest version 1.2.2 out now in Europe as well 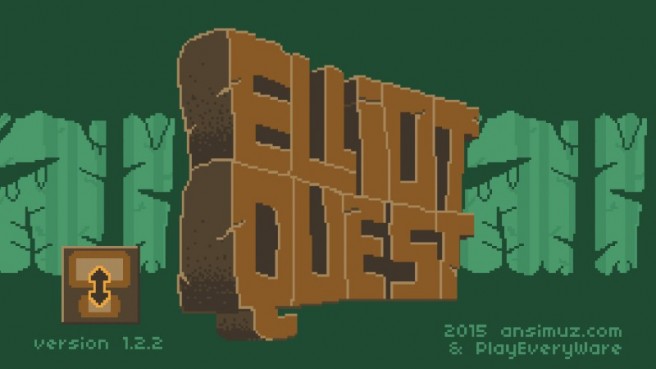 Elliot Quest’s 1.2.2 update is out now in Europe. This patch addresses significant bugs, and also improves memory performance so that the game runs smoother. 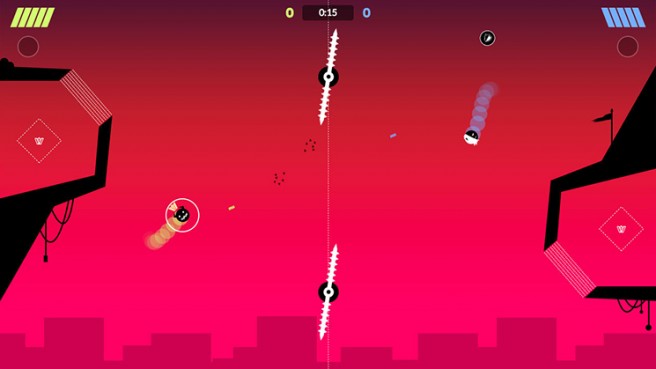 Wombat Source is continuing to update GetClose with new modes and features. The latest upgrade, targeted for next week, will add a new “Protect the Crown” mode. This can be played either alone or with friends in a co-op setting.

Take a look at GetClose’s May update in video form below.