END_OF_DOCUMENT_TOKEN_TO_BE_REPLACED

“We’re excited to be part of the Rock Band world because the game really introduces artists to young kids,” said Tyler Glenn, lead vocalist and keyboardist for Neon Trees. “Any video game introducing kids to The Replacements and old REM is something I can get behind.”

END_OF_DOCUMENT_TOKEN_TO_BE_REPLACED

Posted on 9 years ago by Brian(@NE_Brian) in DS, Videos | 1 Comment 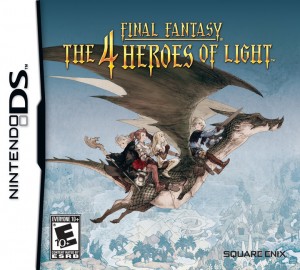 Thanks to JR for the tip!

X-Com creator making 3DS game, will be a launch title

Seemingly out of nowhere, X-Com creator Julian Gollop revealed today that he is working on a title for Nintendo’s upcoming handheld. The project is most likely far into development, as its release will coincide with the 3DS’ launch. Gollop wouldn’t share much information about the project, though he did mention that it will be a turn-based tactical RPG. You can read his full comments below.

“Publishers run a mile from anything with turn-based mechanics – it is regarded as too niche. RTS games pretty much killed off turn-based strategy games in the mid-90s – but now even RTS games are regarded as niche. So all my experience working turn-based games from 1983-1997 is now somewhat obsolete, despite the success of X-Com. However, I am now working on a turn-based tactical RPG which will be a 3DS launch title. Thanks to ‘Advance Wars’, ‘Fire Emblem’ and ‘Final Fantasy Tactics’ it seems turn-based games are not totally dead – at least for Nintendo handhelds. I would also argue that Pokemon has a lot of parallels with X-Com in its game system, despite being classified as an ‘RPG’. The core of Pokemon is a turn-based tactical battle enriched by a sophisticated higher level meta-game that allows players to experiment with many game elements and combinations of forces – and Pokemon is the second most successful game franchise in the world. If done right, would an X-Com game with a turn-based combat system be successful? Absolutely!”

Posted on 9 years ago by Brian(@NE_Brian) in Videos, Wii | 0 comments 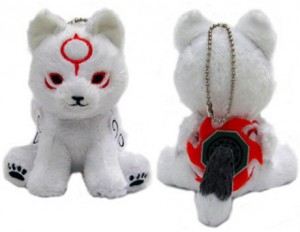 This information comes from the official Okamiden Facebook page…

“Cool Okamiden swag inbound. Details in the coming months… We got the goods. That’s all I want to say right now”

This definitely sounds like some of the Japanese Okamiden merchandise will be brought overseas sometime soon. I’m also hoping that Capcom will consider releasing the collector’s edition of the game… I’d snatch that up right away!

Posted on 9 years ago by Brian(@NE_Brian) in Videos, Wii | 9 Comments