Satoru Shibata shares a message about Zelda: Breath of the Wild

Posted on 5 years ago by Brian(@NE_Brian) in Switch, Videos, Wii U | 2 Comments

Over on Nintendo of Spain’s YouTube page, Nintendo of Europe president Satoru Shibata shared a brief message about The Legend of Zelda: Breath of the Wild. He spoke about his first impressions after playing the demo. Hear Shibata’s full message below.

More: Satoru Shibata, The Legend of Zelda: Breath of the Wild

Posted on 5 years ago by Brian(@NE_Brian) in General Nintendo, News, Switch, Wii U | 4 Comments

Posted on 5 years ago by Brian(@NE_Brian) in News, Switch, Wii U eShop | 9 Comments

Posted on 5 years ago by Brian(@NE_Brian) in 3DS, General Nintendo, Mobile, News, Switch, Wii U | 178 Comments

Update: All finished! You can get caught up on the full recap below.

Nintendo’s 76th Annual General Meeting of Shareholders is about to begin. NStyles appears to be in attendance and Cheesemeister will be translating, so we should be getting information from the event as it happens.

The meeting will kick off at 9 PM ET / 6 PM PT. We’ll start posting tidbits around then.

– A Mario towel, Pikachu cookies, and room-temperature green tea given to attendees 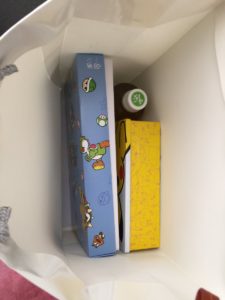 – From left: Umeyama, Mitamura, Ueda, Mizutani, Shigeyuki Takahashi, Kimishima, Takeda, Miyamoto, Shinya Takahashi, Yamato, Tanaka
– 20 minutes before it began, the seats were about 30% filled (can hold 1,000); up to 60% around 10 minutes before start time
– About to start; all of the directors have entered
– Nintendo president Tatsumi Kimishima greets the audience
– Auditor Minoru Ueda makes a report

– The 76th annual report is not being read by president Kimishima, but rather a recorded narration is being played with slides
– There were no big 3DS hit titles, so sales were low
– Splatoon, Mario Maker, Twilight Princess HD did well
– amiibo hit 24.7 million units
– Download sales totaled 43.9 billion yen
– Miitomo got off to a good start
– Operating income recovered, but losses due to the strong yen reduced ordinary and net income
– Assets: 1 trillion, 296.9 billion yen; net assets minus liabilities equal 1 trillion, 160.9 billion yen, down 6.6b yen from last
– Issues to address. Up to now, the goal has been to expand the gaming population irregardless of age, gender, or experience. Now, the focus is to increase the population exposed to Nintendo IPs.
– Pokemon Sun/Moon 3DS due out worldwide in November, with many other Nintendo, strong 3rd-party titles to be released
– The aim with 3DS is to make the platform active again
– NX reconfirmed for worldwide launch in March 2017; the dedicated game machine business will continue to be core
– amiibo and download businesses will continue to receive focus
– Fire Emblem and Animal Crossing come to smart devices this fall
– Focusing on My Nintendo, we want to create synergy between the dedicated game machine and smart device businesses
– Nintendo IP will be used in theme parks, character goods, and film contents
– Nintendo said the Wii U would continue to fight on, but only Zelda is coming next year

END_OF_DOCUMENT_TOKEN_TO_BE_REPLACED

The NX was announced well over a year ago, but we still know relatively little about the system. That will finally change later this year. But as we wait, little drops of information are let out here and there. This time, we have a new quote from Shigeru Miyamoto.

The Associated Press recently asked Miyamoto about the new console cycle revolution. This prompted him to say that Nintendo hasn’t shared anything about NX due to a special “idea”.

“In terms of NX, there’s an idea that we’re working on. That’s why we can’t share anything at this point, and I don’t want to comment on the other companies. If it was just a matter of following advancements in technology, things would be coming out a lot quicker.”

Another look at Zelda: Breath of the Wild’s E3 buzz

Posted on 5 years ago by Brian(@NE_Brian) in News, Switch, Wii U | 7 Comments

Data analytics company Fancensus has offered further insight into E3 buzz with a new video sent out today. It reinforces the success that Zelda: Breath of the Wild experienced having been the most talked about game on Twitter, the most website coverage received, and most front page website placement. Aside from Zelda, Nintendo was one of the most viewed YouTube channels.

Here’s the full recap from Fancensus:

Off-screen Zelda: Breath of the Wild footage – rupee in the wild, launching Link with a catapult

Posted on 5 years ago by Brian(@NE_Brian) in Switch, Videos, Wii U | 32 Comments

Two more off-screen Zelda: Breath of the Wild clips have emerged. Both offer something that we haven’t really seen much of thus far. Below you can see the player picking up a rupee, and launching Link in the air with a catapult.

Reggie – Nintendo “struck a chord” with Zelda: BotW, need to mix up the formula for new players

Posted on 5 years ago by Brian(@NE_Brian) in News, Switch, Wii U | 8 Comments

Nintendo believes it has “struck a cord” with The Legend of Zelda: Breath of the Wild. Speaking with The Verge, Nintendo of America president Reggie Fils-Aime stated:

Reggie went on to talk about the changes being introduced in Zelda: Breath of the Wild. New elements were needed “in order to bring new players in.” At the same time though, Nintendo “needed to do it thoughtfully in order to maintain the current player.”

END_OF_DOCUMENT_TOKEN_TO_BE_REPLACED

More: interview, Reggie Fils-Aime, The Legend of Zelda: Breath of the Wild, top

You can hear the Song of Time in Zelda: Breath of the Wild after speeding up footage

Posted on 5 years ago by Brian(@NE_Brian) in Switch, Videos, Wii U | 9 Comments

During E3, Nintendo showed a ton of footage from Zelda: Breath of the Wild based on the Great Plateau. Various areas are located here, including the Temple of Time.

Now here’s a bit of trivia for you: the Song of Time is actually included in the E3 demo. After speeding up footage shown last month, fans have discovered that the classic tune can indeed be heard.

Since it was slow-paced in the original footage, not many people heard the Song of Time. It’s definitely there though!

Game Informer now has its full interview up with Eiji Aonuma about The Legend of Zelda: Skyward Sword. The project’s producer tackled topics like the art style, trying to expand on Skyward Sword, whether the team was inspired by particular open world games, music, logo, dungeons, and more.

Head past the break for Aonuma’s comments. For the full interview, head on over here.