Posted on 6 years ago by Jakob Vujovic(@jakovujo) in 3DS eShop, Reviews | 3 Comments 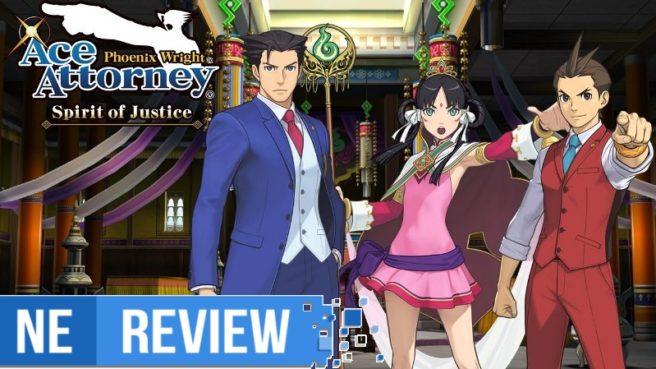 I won’t dance around saying that Phoenix Wright: Ace Attorney – Spirit of Justice is kind of a mess, albeit a lovable one. If you think too hard about the overall plot, setting aside a few genuinely good and surprising twists, it’s full of laughably bad inconsistencies and weak writing choices. However, if you shut that part of your brain off – the one that checks for internal consistency – and focus on the moment-to-moment mystery plot and absurdity of what unfolds in these courtrooms, then it’s a much better experience. In other words, Spirit of Justice is yet another Ace Attorney game made in the absence of series creator Shu Takumi.

END_OF_DOCUMENT_TOKEN_TO_BE_REPLACED

Posted on 6 years ago by Jakob Vujovic(@jakovujo) in Reviews, Wii U eShop | 5 Comments 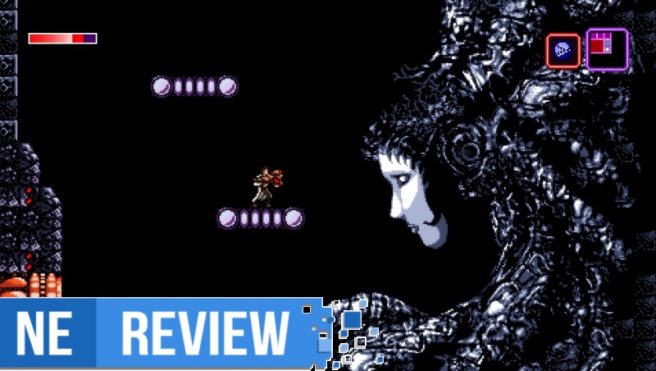 When I think of the first Metroid on the NES, images of disorienting palette swapped vertical shafts with ascending and interlocking platforms connected into a webwork by horizontally scrolling rooms with enemies waiting in ambush from underground lava pools comes to mind. The imagery is distinct, but without a map it’s all very disorienting. Admittedly, I have never really played more than a few hours of Metroid. It was way before my time, and having first played Super Metroid with all of its advancements, there’s no reason for most people to go back to it beyond nostalgia and historical significance. Even with my relatively limited experience, I can tell that Axiom Verge was made out of a love and understanding of the original Metroid. However, it does more than just pay homage and instead creates mechanics and surprises with its clear admiration and understanding of Metroid as a jumping off point.

END_OF_DOCUMENT_TOKEN_TO_BE_REPLACED

Posted on 6 years ago by Vincent Ward in 3DS, Reviews | 25 Comments 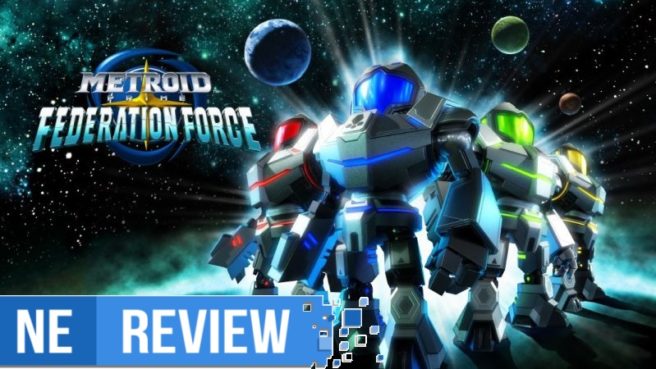 If you’re like a me who hasn’t kept up a ton with Metroid, you probably don’t know a whole lot about Metroid Prime: Federation Force. Since its unveiling, the 3DS title has remained shrouded in mystery for quite some time. Only one factor has remained a constant during its existence, which is that the game is unlike any other Metroid to date. Ditching the series’ iconic feeling of isolation and turning more towards four-player multiplayer, it attempts to reach for the stars and try something new. Therein lies the recurring problem with Federation Force, however. While the new ideas are fun, they offer equally as many bonuses as they do flaws.

END_OF_DOCUMENT_TOKEN_TO_BE_REPLACED

Posted on 6 years ago by Vincent Ward in 3DS, Reviews | 3 Comments 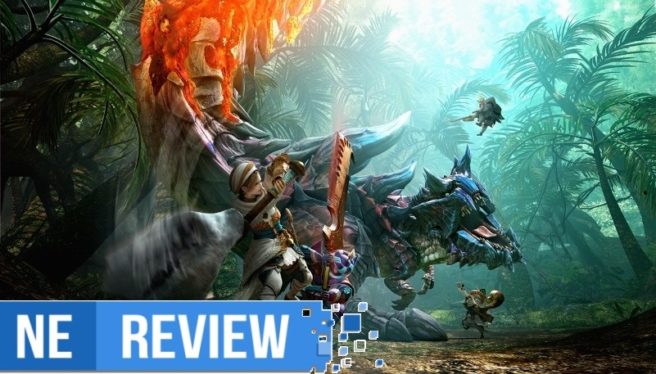 The more that I sit down and think about it, the Monster Hunter series has always been in this kind of gray area for me. I’ve never quite held it as one of my favorite franchises, but since I’ve discovered it, I’ve undoubtedly sank hundreds of hours into the various entries. With every new game there’s always new monsters, tasks, weapons and worlds to explore, so saying that I wasn’t excited to spend a ton more time on Monster Hunter Generations would be a straight up lie. Having said that, will this title be a great enough collection of the series’ best to change my outlook and finally put it into my favorites list, or will it just give off the same one note impression it’s always left on me?

END_OF_DOCUMENT_TOKEN_TO_BE_REPLACED

Posted on 6 years ago by Dennis Gagliardotto(@LyonHart_) in 3DS, Reviews | 16 Comments 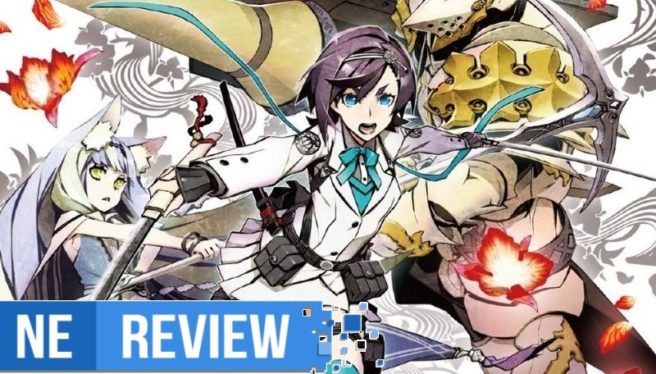 Over 80 years have passed since the terrible events of the year 2020, where Tokyo was left severely dilapidated by the vicious attacks of Dragons. To some, it is just a legend, seeing as there weren’t very many survivors. But to others, it is a very serious issue in which an organization known as ISDF want to prevent future attacks, as well as travel through time with the help of some trainees who win a Dragon-hunting simulation contest to put a stop to these monsters for good. In a world where Dragons were thought to be practically extinct, Tokyo gets a very bad wakeup call in which no more time can be wasted. With eight classes and a variety of moves and teams to make, 7th Dragon III: Code VFD puts you in charge of ridding the world of these Dragons and saving humanity once and for all.

END_OF_DOCUMENT_TOKEN_TO_BE_REPLACED

Posted on 6 years ago by Jakob Vujovic(@jakovujo) in 3DS, Reviews | 17 Comments 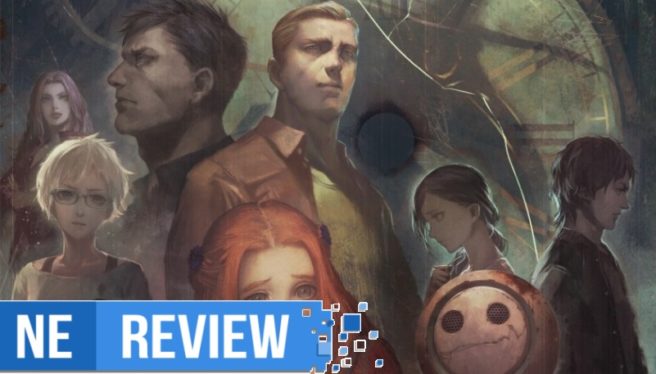 To start our review, if you’re already a fan of the Zero Escape series, then I recommend that you stop reading beyond this paragraph. Zero Time Dilemma is very much a new Zero Escape game, despite some alterations to the formula. I won’t spoil anything in the review, but I do recommend going in knowing as little as possible if you can help it. If you enjoyed Zero Time Dilemma’s predecessors, then you’ll feel right at home here, even with the slightly revised formula.

END_OF_DOCUMENT_TOKEN_TO_BE_REPLACED

Posted on 6 years ago by Dennis Gagliardotto(@LyonHart_) in Reviews, Wii U | 17 Comments 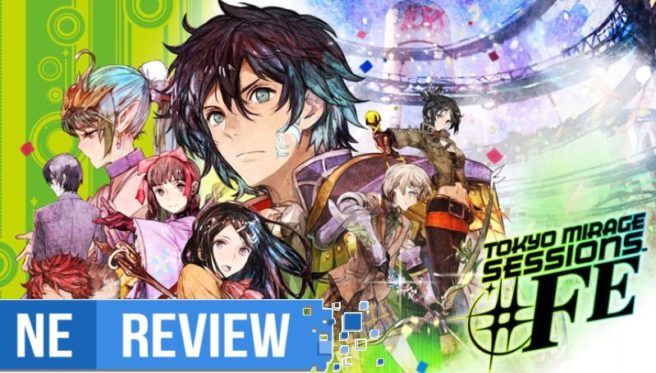 At the dawn of the new year in 2013, Nintendo fans looked forward to another Nintendo Direct, giving us tons of announcements and games to anticipate in the coming months, as well as future development projects. One of the mystery titles revealed shocked many enthusiasts of the RPG genre. Of course, that was the surprise crossover between Shin Megami Tensei and Fire Emblem – two very different franchises at heart, but ones that share a connection with their deep character development, in-depth gameplay, and memorable experiences. All we had at the time was some character art shown between the long running entries of both series, but other than that and a confirmation of Shin Megami Tensei x Fire Emblem in the works, fans were left in the dark for well over a year afterwards. By that point, most assumed the game had been cancelled. Now in 2016, not only is the crossover nearly here, but Shin Megami Tensei mixing with Fire Emblem is a match made in heaven.

END_OF_DOCUMENT_TOKEN_TO_BE_REPLACED 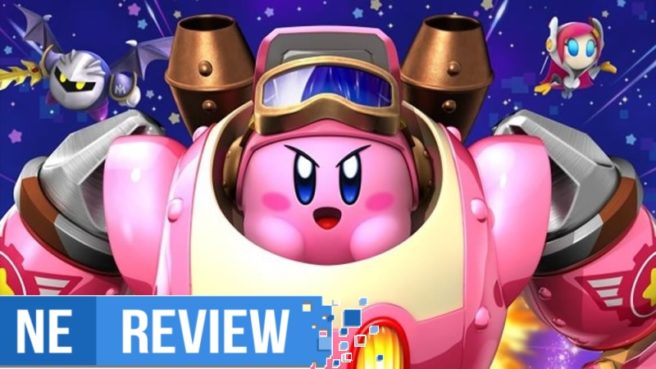 For as long as I can remember, I’ve blindly followed Nintendo through all of their expenditures to varying degrees of success. I remember the times with my GameCube and Game Boy as vividly as the experiences I spent on my Wii U just yesterday. There’s always been a certain charm that has resonated with me in games by the big N, and most of that comes from not only the spectacularly well-designed games that come often enough to keep me hooked, but also from the lovable characters that inhabit them.

But Kirby has never been one of the characters that came to mind when I thought of what I love about Nintendo. During all my gaming experiences as a child it appears Kirby was all but completely absent from those memories, and that’s mostly thanks to me never actually picking up this side-scrolling mascot’s games. My logic has always been “what can Kirby do that Mario doesn’t already do better?”. After picking up Kirby: Planet Robobot, however, I soon fell in love with this puff of pink and understood what diversifies him from Nintendo’s other platforming greats.

END_OF_DOCUMENT_TOKEN_TO_BE_REPLACED

Posted on 6 years ago by Jakob Vujovic(@jakovujo) in Reviews, Wii U eShop | 3 Comments 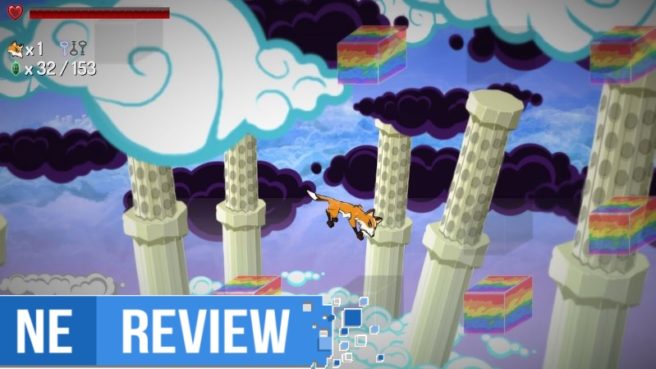 One criticism that’s tough to lob at the Wii U is to say that it’s lacking in good 2D platformers. From its best such as Donkey Kong Country: Tropical Freeze to the more run-of-the-mill New Super Mario Bros. U, there’s consistently solid base-level mechanics and there’s fun to be had in just running and jumping. Unfortunately, I found even the simple act of controlling the character in Rynn’s Adventure miserable. It’s a reminder of how important it is to get basic movement to feel right in a platformer. When other issues are compounded on this basic failure, then the whole of the design feels anything but compelling.

END_OF_DOCUMENT_TOKEN_TO_BE_REPLACED

Posted on 6 years ago by Jakob Vujovic(@jakovujo) in 3DS eShop, Reviews | 3 Comments 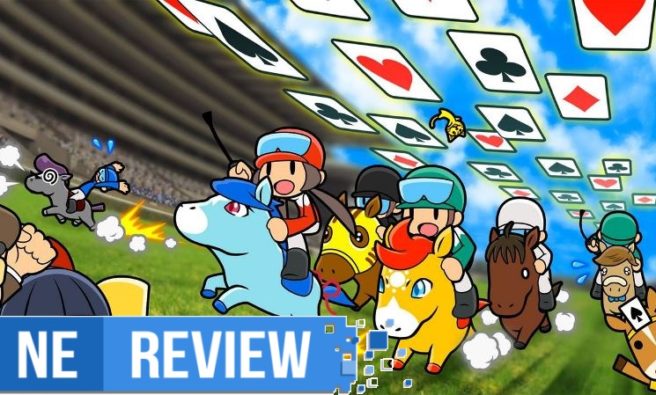 You’re playing solitaire, managing RPG stats, strategically maneuvering an adorable little stumpy-leg horse. As disparate as these elements seem, they manage to meld into a single cohesive experience with every little initially convoluted wrinkle feeding into another system, looping around and creating a uniquely addictive experience. I haven’t ever wanted to play a racehorse management sim governed by the rules of solitaire, but I’m sure glad I did. I guess what’s most surprising is that some madman somehow crafted these distinct gameplay elements into one of the more engaging 3DS games.