Today Team6 announced that they will develop a brand new version of the well known franchise “FlatOut”! Little is known from this promising title, but these will be the four game modes available:

– “Racing”: The standard FlatOut concept: Race, destroy and either finish first, or make sure you’re the last one standing (or: driving). Violent, agressive racing will take place in various locations and themes, such as the financial district, the industrial port and a dusty and an old but atmospheric town somewhere in southern-europe. Gamemode also available in splitscreen mode.

END_OF_DOCUMENT_TOKEN_TO_BE_REPLACED 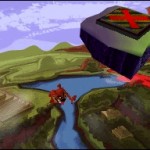 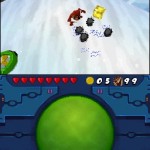 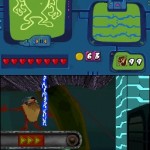 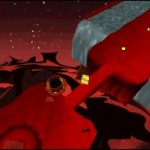 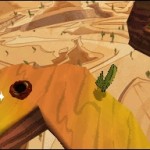 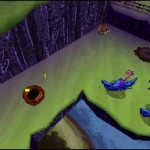 Metal Torrent to be released in Europe this Friday

Prepare yourself for one of the most intense shoot ‘em ups to hit Nintendo DSiWare. Your mission is simple: get the highest score possible, across eight phases of fierce vertical-scrolling action.

Choose from two powerful craft: Red Orion and Blue Nova, tailored for novice or experienced players. Both ships have standard blasters for unlimited fire, as well as special weapons unique to each craft. Special weapons drain your energy gauge, though, so think before you fire!

END_OF_DOCUMENT_TOKEN_TO_BE_REPLACED

Windsor, UK – May 04, 2010 – 2K Games announced today that Sid Meier’s Pirates!™, the classic swashbuckling high-seas adventure, will set sail this Autumn for Wii. Originally developed by Firaxis Games, the Wii version is being developed by 2K China and allows would-be buccaneers to serve as captain as they raid and plunder the 17th century Caribbean, successfully navigate pirate ship battles, triumphantly dispatch opponents in clanging sword fights and woo fair maidens with the streamlined controls of the Wii Remote™ in a quest to save their family from the evil Marquis de la Montalban.

“We are big fans of the Wii and think Pirates! is the perfect game to bring to that platform,” said Sid Meier, director of creative development at Firaxis Games, and designer of the Sid Meier’s Pirates! series. “We’re sure Wii fans will enjoy the timeless adventure of being a pirate captain on the high seas as much as all of our other fans have!”

END_OF_DOCUMENT_TOKEN_TO_BE_REPLACED

Sin and Punishment 2 out in Europe this week

4th May 2010 –Sin and Punishment originally released in Japan in 2000 for the Nintendo 64 was heralded with critical acclaim, praised for its relentless action and forged a great legacy behind it. European players were given a treat when this cult game was made available to download through Virtual Console on Wii years later as part of the Hanabi Festival – a special event which offers European players the opportunity to download classic games which have previously never been released in Europe. Since then anticipation has been building amongst fans of the series for the next instalment. This week Wii owners can expect explosive, exhilarating run-and-gun action as Sin and Punishment: Successor of the Skies launches across Europe on 7th May 2010.

END_OF_DOCUMENT_TOKEN_TO_BE_REPLACED 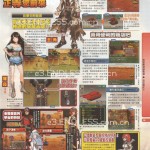 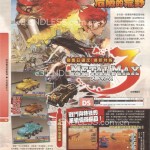 – Nintendo finally releasing a new color in North America
– It’s been out in Japan/Europe/Australia
– Nintendo usually holds onto colors until sales slow down
– Comes out next week
– Will include WIi Sports/MotionPlus, still $199.99
– Craig really likes the look of it
– White system will also be sold as a bundle now