The Conduit will probably stay on Wii

“[Considering The Conduit on the 360/PS3] Not at all. Not even for just the core controls. We’ve got a lot of Wii specific weaponry that affords the type of gameplay that you can’t do on the PS3 and 360. For example, a couple of weapons like the Shrieker, which is sort of a guided missile. Once you launch the projectile, you actually guide your shot and twist and turn it. You get really good at it, it’s definitely a skill based mechanic. It’s not a waggle the Wii-mote kind of thing. When you’re guiding the projectile around you can actually get it to circle enemies and things like that which is awesome for multiplayer cause you can totally screw with people…” – Eric Nofsinger, Chief Creative Officer at High Voltage

“For those reasons and more, what Eric is pointing out, is why in the beginning of the interview, when you discussed the other titles for the PS3 and the 360, (unlike games for those consoles) this was designed for the Wii from the ground up. And, those are specific features for the Wii. Would we want to see that on a 360 or PS3? Sure. But, could we do it? Not with those interfaces. And, that’s what makes this product special.” – Kerry J. Ganofsky, CEO/Founder of High Voltage

This is a bit different that what we previously heard from Ganofsky. He had said that he “wouldn’t rule anything out” about bringing The Conduit to the 360/PS3 just a few weeks ago…But I suppose he changed his mind! 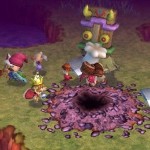 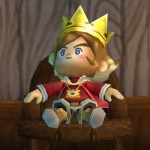 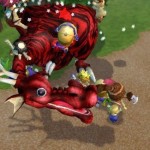 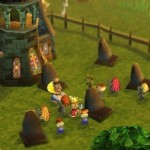 Original Pikmin leader: DS could be good for Pikmin

“As Nintendo DS has its own unique advantages, it would be possible to create a gameplay-control mechanism which would be good for and unique to Pikmin.” – Shigefumi Hino, former project leader of the original Pikmin

Wouldn’t it be funny if Pikmin was in development for the DS and not the Wii? I think it is the other way around, but as Mr. Hino said, bringing the franchise to the DS could bring great results.

Posted on 11 years ago by Brian(@NE_Brian) in DS, General Nintendo, News | 4 Comments

“Nintendo doesn’t have any intention of directly competing with existing products, but the mass media has a tendency to portray everything as a rivalry between opposing companies. It seems some people have the impression that we want to compete with cell phones or the iPod, that putting cameras or music players in our devices is out of character for us. I hope those who have such an impression will take an interest in what Nintendo can make when it dedicates itself to pleasing as many people as possible who pick up a DS, and I hope they’ll actually pick one up themselves.” – Satoru Iwata

MTV Games, Harmonix and EA announce Rock Band 2 coming to the UK for PS3, PS2, on March 27th and Wii on April 24th

Rock Band 2 software will retail for £49.99 on the PLAYSTATION 3, £29.99 for the PlayStation 2 and £39.99 for the Wii. Rock Band 2 is also currently available on the Xbox 360® videogame and entertainment system for £49.99.
Rock Band® instrument peripherals are also now available at new price points:

END_OF_DOCUMENT_TOKEN_TO_BE_REPLACED

“It’s an interesting launch on DS. It raises some eyebrows in a lot of areas. It’ll be interesting to see how that sells.” – Sony’s John Koller

It’s pretty much a known fact that Chinatown Wars is a true, enjoyable GTA game. The only question is, how will it sell? If it does sell a respectable amount, perhaps that will show other companies that more mature titles can thrive on the DS.

– Actual name is Let’s Zenryoku Hitchhike!!!!!!!!! (Let’s Full Power Hitchhike!!!!!!!!!)
– Hitchhike your way to the goal
– Butcher is inexplicably after you and your family – Reach the goal before the butcher catches you
– Hitchhike from car to car
– Aim Wii remote at incoming cars, press a button to lock on
– Hold Wiimote vertically, follow on-screen persona movements – doing it successfully will cause cars to stop and pick you up
– Game set up like a board game
– Four-players can join in (choose from mom, dad, son, daughter)
– Hitchhike on cows, space shuttles, backs of flying robots, dinosaurs,
– Board thus far – Japan Area, Countryside Area, Dinosaur Area, and Space Area.
– Releasing March 31 for 1,000 Wii Points on WiiWare.