Last month, Mobot Studios opened a Kickstarter for “Knite & The Ghost Lights” – a new side-scrolling adventure game. It promises “a mixture of adventure, storytelling, and action from games we know and love like Metroid and Castlevania, but with a completely fresh feel for today’s gamer.”

Mobot Studios added in support for a Wii U version of a couple of weeks ago, but the news kind of went under the radar. If Knite & The Ghost Lights is funded, you can expect to see it on the console “close” to the game’s launch.

Now here’s the thing: Knite & The Ghost Lights only has about six days left to reach its Kickstarter goal. A little over $18,000 has been raised out of the required $35,000 total.

You can show your support for Knite & The Ghost Lights by checking out the official Kickstarter and donating here.

END_OF_DOCUMENT_TOKEN_TO_BE_REPLACED

Nintendo: We’re focused on ‘kids’ with 2DS, Sonic and Nintendo franchises will sell the system

Posted on 8 years ago by Austin(@NE_Austin) in 3DS, General Nintendo, News, Platforms | 1 Comment 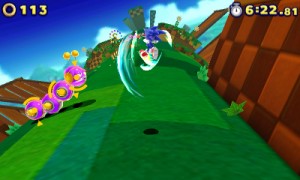 “There is a lot of opportunity to engage with the younger audience on Sonic with the new entry-level Nintendo 2DS console. From launch to post launch we’ll be focused on kids. Peak season this year is without doubt a big celebration of Nintendo franchises and Sonic sits high on every platform gamers list of ‘must play’ titles.”

Sonic: Lost World is out now in Europe, and on October 29th in North America.

Posted on 8 years ago by Austin(@NE_Austin) in Features, Podcast | 6 Comments

I hope you guys like talking about Pokémon and other JRPGs!
Another kick-butt show this week! ‘What we played’ contains lots of talk on Wind Waker HD vs. other Zelda games, the merits of JRPGs as a genre of game, and some talk about Pokémon X/Y. A heaping pile of listener mail on a huge variety of topics rounds out the end of the show. Thanks, everyone!

This Week’s Podcast Crew: Laura and Austin and Jack

Posted on 8 years ago by Austin(@NE_Austin) in Features, Platforms, Reviews, Wii U | 18 Comments

Some games like to take themselves extremely seriously. Deus Ex: Human Revolution is one of those games.

The non-director’s cut (editor’s cut?) of this particular Eidos title came out back in 2011, and at the time it had not a home on a Nintendo console, which meant that folks who aligned themselves exclusively with the big N missed out on the game. When Square Enix saw the Wii U, apparently they also saw an opportunity to release an updated version of the game to a new audience– tag-lined “Director’s Cut”– and test the third party waters on this latest home console and its strange controller.

Roughly 7 months after the initial announcement, the game is out, and there’s good news: It’s pretty dang good.

END_OF_DOCUMENT_TOKEN_TO_BE_REPLACED

Aonuma suggests he wanted to announce something relating to Zelda Wii U at Comic Con, preparing to show “something new” soon

Eiji Aonuma recently stated he would “say more” about Zelda Wii U at next year’s E3. But apparently, he originally intended to make an announcement earlier this month.

The news comes from a recent interview Aonuma conducted with German publication Gameswelt TV. Translations of his comments suggest that he had hoped to share news at the New York Comic Con, but was too preoccupied preparing for his presentation. Aonuma ended up telling Gameswelt, “As soon as I am back at my office I will start preparing something new that I can show.”

END_OF_DOCUMENT_TOKEN_TO_BE_REPLACED

Amazon has already put up listings

Amazon currently has the Wii U version priced at $49.99

while other console versions are set at $59.99. Also worth mentioning, the 3DS version of The Amazing Spider-Man 2 will only cost $29.99

These could be generous or tentative listings by Amazon, so you may as well as pre-order now if you have any interest. Then again, perhaps Activision has actually decided to set the price of The Amazing Spider-Man 2 $10 lower on Nintendo platforms.

Posted on 8 years ago by Austin(@NE_Austin) in Eggbusters, Features | 0 comments

Another Saturday, another Eggbusters. I did Mario 64 again this week because I didn’t have time to do anything else, but next week will be something new!

Aonuma on A Link Between Worlds – stealth, Ravio, Nabbit comparisons, never considered for Wii U, more

Spike just recently put up an interview with Zelda producer Eiji Aonuma. It’s filled with lots of questions about A Link Between Worlds, such as stealth elements, Ravio’s role, comparisons to New Super Mario Bros. U’s Nabbit, and whether it was ever considered for Wii U (nope). Aside from that, there are also some off-beat topics like localizing Marvelous: Another Treasure (directed by Aonuma many years ago).

You can find some excerpts from the interview below. Spike’s full piece is located here.