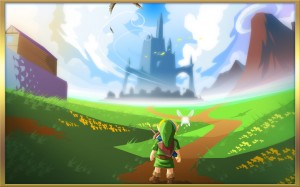 END_OF_DOCUMENT_TOKEN_TO_BE_REPLACED

Posted on 8 years ago by Austin(@NE_Austin) in Features, General Nintendo, Videos | 0 comments

Posted on 8 years ago by Austin(@NE_Austin) in Features, General Nintendo, Videos | 0 comments

Posted on 8 years ago by Brian(@NE_Brian) in 3DS, Features | 0 comments

END_OF_DOCUMENT_TOKEN_TO_BE_REPLACED

That One Show – Gaming backlogs, Leapfrogs, and General Dumb Stuff

Been a while, guys! Still shakin’ the rust off… :b

Centipede: Infestation – Atari talks story, development, garden gnomes, and I ask about their next console

Posted on 8 years ago by Austin(@NE_Austin) in 3DS, Features, News, Wii | 0 comments

Side Note: The conference thing is tonight, so this may just get buried in the fray. I’ll just repost later, but I wanted to make sure it got up before Tuesday! Since I have more junk to post this week…

When most people hear the word “Reimagining”, they think of the failed attempts at bringing back franchises like Pac-Man, Frogger, Tomb Raider, and Sonic the Hedgehog over and over and over again, each time getting slightly excited at the prospect of having these games return to their glory days, and each time getting disappointed because, let be honest, they almost never do. Needless to say, when I went to play Atari’s upcoming Centipede: Infestation, I had pretty much made up my mind about the game and assumed I could’ve written my hands-on impressions in a split second with my eyes closed while I was asleep. 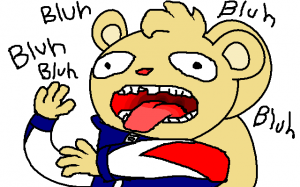 So when I got to the booth and my tour guide (weirdly also named “Austin”- I think Atari had been watching me sleep) brought me to the Wii version of Infestation, I put a smile on my face and braced myself for the worst. And of course, the one time I go to E3 and get to play a game like this, it actually isn’t all that shitty. Go figure.

Fast forward a few months and I find myself doing my first non-email interview with someone (this time over Skype!) with a wonderful guy over at Atari named Jonathan Moses, with whom I was set to talk all about this upcoming game. Of course, since I have the attention span of a rat, we ended up talking not only about Infestation, but about garden gnomes, development cycles, 3DS difficulties, and when we’d see Atari’s next home console. Though, we didn’t so much “talk” about a new console as “very briefly touch on it”, but I probably shouldn’t say more and just use that as a way to get people to read this unfairly.

I’m not a real journalist; I can do stuff like that.
END_OF_DOCUMENT_TOKEN_TO_BE_REPLACED

Posted on 8 years ago by Austin(@NE_Austin) in 3DS, Features, General Nintendo | 0 comments 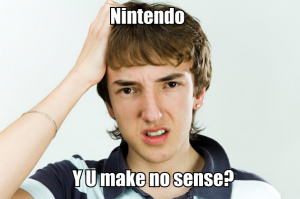 Not sure why, but I have an unusual amount of inspiration this evening! It’s a Wednesday night, I’m stressed out of my mind with work and school, yet I feel a weird urge to come on out here and write something so you all have something to think about when you begin your Thursdays across the globe! We’re halfway done with the week, so hang tight and a couple of days off will be at your doorstep in no time.

So last night we heard about two things, and if you’re a frequent visitor of the site, you most certainly are well acquainted with them by now: Monster Hunter Tri G, and the new 3DS Circle Pad attachment. In case you haven’t gotten all caught up, here’s the skinny on both of them:

END_OF_DOCUMENT_TOKEN_TO_BE_REPLACED

Let’s Talk About Nintendo’s ‘Casual’ Side

For me, there are really only two types of games out there: Those that engage me mentally/emotionally, and those that make me happy or have fun. I don’t care what reviews say, how good gameplay is, whether the graphics are up to par, or whether I’m using an Xbox controller or a Corn Dog as my main method of input; if a game fits one of these two categories, then I’ll play it and I’ll love it.

For the most part, people don’t really hate on the games with srs business in them, such as Final Fantasy X, Flower, Zelda, etc. Sure, there are some haters out there, but generally speaking the basic idea is that such games are good quality and it makes sense that we enjoy them. The “fun” and “happy” games I refer to are ones such as Mario Sports Mix, Jeopardy, Mario Party, Wii Party, and Wii Sports. What a lot of people refer to as “party” games or “casual” games.

God forbid you try and say that these games are top-notch gaming.

END_OF_DOCUMENT_TOKEN_TO_BE_REPLACED

In late 2003, Nintendo of America decided to finally release the Fire Emblem games internationally with their localization of Fire Emblem: Rekka no Ken. Renamed as simply “Fire Emblem”, this game marked the first time that most people outside of Japan had their first taste of Intelligent Systems’ strategy-RPG series. Or at least it was the first time they’d played it. 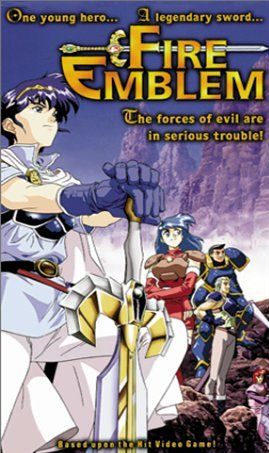 You see, five years before Marth showed up in Super Smash Bros. and seven years before any Fire Emblem game was actually localized, an animated adaption of the first Fire Emblem game was produced to tie into a remake that had just been released for the Super Famicom. In 1998, this two part, straight-to-video Fire Emblem feature was picked up by A.D. Vision, a recently closed American producer and distributor. Hopefully this means that there won’t be any lawyers chasing me down for posting these clips here.