Monster Hunter G was a decent port, but it was only a sidedish for the main course – Monster Hunter 3. And now the game has finally been dated in Japan. According to some of the latest Famitsu scans making the rounds, the game will launch in Japan on August 1st. The images also show that there is some sort of limited edition package in the works and will sell for 9440 yen. 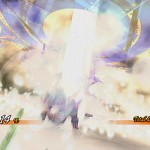 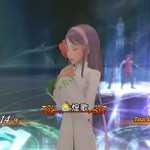 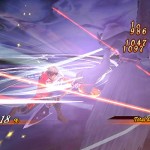 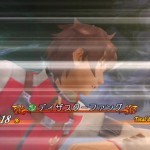 “I think around 20 percent of Wii owners in the US and Europe will have bought Wii Sports Resort, Tiger Woods PGA Tour 10 or EA Sports Grand Slam Tennis, so that’s around eight million. I think another two million will buy MotionPlus with new consoles. I expect MotionPlus to be a sneaky success (like Wii Fit), and ultimately attach to at least one third of the [Wii’s] installed base.anwhile, EEDAR analyst Jesse Divnich was slightly more cautious in his short-term sales estimates, although he expects the add-on to be largely successful in the long run.” – Wedbush Morgan analyst Michael Pachter

“At this time, we do know that pre-orders are relatively strong, compared to other Wii products. By the end of the holidays, the Wii MotionPlus install base in North America and Europe should be well over three million. Of course, our forecast could be conservative… Yearly sales could balloon much higher. For the Wii MotionPlus, we currently expect the install base to reach over 11 million units by the end of Nintendo’s next fiscal year in March 2011, a 15 percent penetration.” – EEDAR analyst Jesse Divnich

I believe that Wii MotionPlus is going to be very successful. Unlike Nintendo’s previous peripherals, I feel as though all types of Wii owners will wish to purchase the product. Hardcore gamers will be interested in titles such as Red Steel 2 while the more casual gamers will enjoy Wii Sports Resort.

Posted 10 years ago by Brian in General Nintendo, News | 16 Comments

On the 45th Nintendo Voice Chat podcast, it was revealed that Nintendo was holding an event with the press which would focus on a secret game. Then on the latest podcast released yesterday, it was reconfirmed that the event would take place today. So just what was at the event? Apparently something that will cause gamers to become “excited” and the good news is that there will be additional news “soon.” Keep in mind that this game has yet to be revealed to the public.

“Yo, @craigign here. Why was I at Nintendo today? I think you’ll be excited when I can talk about it. Soon.” – IGN Craig’s Twitter

END_OF_DOCUMENT_TOKEN_TO_BE_REPLACED

Soul Bubbles has a chance of seeing DSiWare release

“We’re very much thinking about it [bringing Soul Bubbles to DSiWare]. You’re absolutely right that if we were to adapt Soul Bubbles for DSiWare we would need to break it down. So the question becomes, can we revisit Soul Bubbles as a series of interesting smaller experiences while controlling the development costs so that it stays financially sound. We don’t have the answer yet but we’re trying to work that equation out…” – Olivier Lejade of Mekensleep, the developer of Soul Bubbles

I’m actually a pretty big fan of Soul Bubbles. If a DSiWare version was released, I’d be one of the first gamers to download the title.