Another round of Xenoblade Chronicles X details have come in, covering the weather system and a pair of characters. You can find a roundup of the latest content below.

– Different weather and atmospheric differences on Planet Mira
– The weather ranges from fair, cloudy, rainy, thunderstorms, to auroras and rainbows
– Some regions have their own characteristics with heat waves and sandstorms

“It isn’t just a visual effect, but is fully featured in battle tactics. Tuning the weather change cycle was fairly hard work, though…” – director Koh Kojima

– One of BLADE’s team leaders
– His combat ability and sense of judgment is said to have been well-noticed by Elma
– Lao has a sensitive side in spite of his looks, speech, and overall cool image
– Passionate man deep down to his heart
– Lao has been friends with Doug since their days in the United States Army

– Member of BLADE
– Doug excels at all military skills, but is the most effective when it comes to piloting Dolls
– Doug is easy to make fun of despite his stern looks
– Often gets teased by Lyn whenever he messes up during Doll tests
– Doug served under Elma in the Doll Squad back on Earth
– Doll Squad: government spec-ops vehicular instructor corps
– He has been friends with Lao since their days in the United States Army

Posted on 5 years ago by Brian(@NE_Brian) in New Nintendo 3DS, Videos | 1 Comment

Another round of Xenoblade Chronicles 3D footage

Posted on 5 years ago by Brian(@NE_Brian) in New Nintendo 3DS, Videos | 0 comments

END_OF_DOCUMENT_TOKEN_TO_BE_REPLACED

Posted on 5 years ago by Brian(@NE_Brian) in New Nintendo 3DS, Videos | 0 comments

Posted on 5 years ago by Brian(@NE_Brian) in New Nintendo 3DS, Screenshots | 0 comments

The world in Xenoblade Chronicles X is huge. However, there are several ways that navigation can be made easier in the game.

It appears that the Hopper Camera and Navigation Ball have been well received. For straight movement, there’s an auto-run feature and of course, there’s also the skip travel. As a developer, however, I feel conflicted because I want you to travel leisurely and enjoy the various views and the enemy placement…This is a tricky point, isn’t it.

Monolith Soft updated the Japanese Xenoblade Chronicles X website last night. We already heard about new things like the Segment Map and Data Probes. Additional details about both elements and a few other topics have since surfaced, which you can find below.

– Use the Frontier Net exploration system on the GamePad
– Mankind is new to Planet Mira, so they to seek out resources in order to survive
– They do so while also looking for pods that contain cryogenically-frozen humans to add to the population
– The Frontier Net system is used by BLADE to help in the exploration of Mira’s various regions
– Members will Data Probe from different areas to gather information and resources
– Data-probing: look for “Frontier Net Spots” to dig for data
– Sometimes you’ll find rare minerals such as the all-purpose “Miranium” or “Rare Resources”
– You can also find treasure chests by completing quests
– Get upgrades for the Data Probes in these chests
– Set Data Probes to obtain different effects and benefits
– Most of this is done using the Wii U GamePad
– You’ll see a Data Probe marked on the “Segment Map” on the GamePad
– Segments represent different areas shown as hexagons on the map
– Won’t have access to the mecha-weapons right away
– Use the “Hopper Camera” to get a good view of what’s ahead
– Can also use the Hopper Camera to find some routes or secret areas you may have not noticed before
– Can use the Navigation Ball to help explore the world as well
– You can use them as many times as you want

Posted on 5 years ago by Brian(@NE_Brian) in Images, Wii | 3 Comments

Speaking of unused Nintendo ads, here’s another one for you. The shot above is a rejected ad for Disaster: Day of Crisis, with a CGI-looking Raymond Bryce.

Posted on 5 years ago by Dennis(@LyonHart_) in 3DS, Images, News | 4 Comments 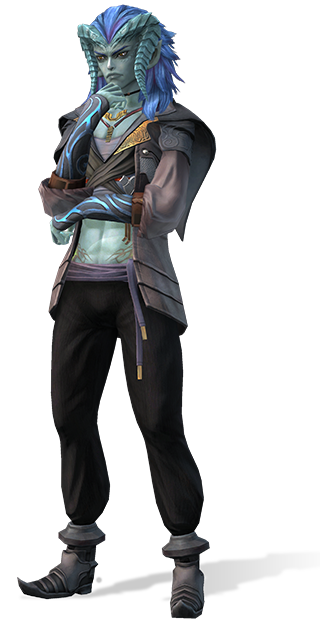 Monolith Soft updated the Japanese Xenoblade Chronicles X website today. We have a look at another character, plus some other game elements.

New character Ru is introduced by Monolith Soft (voiced by Ryotaro Okiayu). Ru is an inventor and native from Mira, who makes his living by selling his inventions to Nopon and other native species. He has a very curious personality and feels close to the newly arrived humans. Ru also is very familiar with idioms for some reason.

Head past the break for a bit of information the Segment Map and Data Probes.