END_OF_DOCUMENT_TOKEN_TO_BE_REPLACED

Iwata: “The spread of smart devices does not spell the end of game consoles”

Posted on 6 years ago by Brian(@NE_Brian) in General Nintendo, News | 13 Comments

Nintendo is facing some tough times at the moment. Wii U isn’t selling like the company had hoped, forecasts have been slashed, and its shares are falling.

In light of these circumstances, analysts and others will continue to say that Nintendo should put its IPs on smart devices. Nintendo, though, is sticking to its guns.

During a news conference last Friday, Nintendo president Satoru Iwata reaffirmed the hardware manufacturer’s commitment to consoles, and indicated that we won’t be seeing Mario on smartphones anytime soon.

“The spread of smart devices does not spell the end of game consoles. It’s not that simple. It doesn’t mean that we should put Mario on smartphones.”

Iwata added that Nintendo must determine how to best use smartphones so that consumers become aware of its games.

Posted on 6 years ago by Brian(@NE_Brian) in 3DS eShop, News, Podcast Stories, Wii U eShop | 0 comments

Marvelous AQL has pulled the plug on its Rune Factory 4 launch plans for Europe, the company announced today.

The publisher said in an official statement that it “has made every effort to secure the title’s release for this territory,” but was ultimately not able to do so.

Marvelous AQL thanked fans for their support/enthusiasm, and noted that more announcements about new titles will be made “over the coming months.”

The statement in full reads:

END_OF_DOCUMENT_TOKEN_TO_BE_REPLACED

Zelda: A Link Between Worlds – Aonuma’s production team made special request to include Majora’s Mask in Link’s house

Zelda: A Link Between Worlds has a few references to Majora’s Mask. One of these, as many fans are aware, is the inclusion of the mask in Link’s house.

Game director Hiromasa Shikata told Game Informer this month that the reference “was a special request from Aonuma’s production team.” He also teased, “Now why would they ask us to do that?”

Posted on 6 years ago by Brian(@NE_Brian) in 3DS, Screenshots | 6 Comments 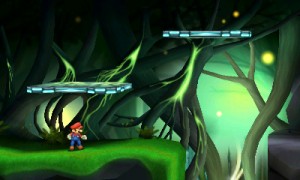 Where am I……??
To be clear, the new Super Smash Bros. games do not feature a story mode like The Subspace Emissary.

60 FPS not necessarily a standard for all future Zelda games

For The Legend of Zelda: A Link Between Worlds, Nintendo managed to implement silky smooth 60 frames per second. This begs the question: could future Zelda titles incorporate the same rate as well?

Well… no. Zelda: A Link Between Worlds director Hiromasa Shikata says 60 FPS isn’t necessarily a standard for additional entries in the series. In the case of the 3DS game, the team wanted to ensure a “smooth” look for the 3D visuals, “allow the players to clearly see enemy movements, and keep everything moving crisply as with previous games.” Having said that, “This doesn’t mean that all future Zelda titles will run at 60 frames per second.”

It’s really the concept of the game that changes whether you want to keep the volume of information in the game low and running at 60 frames per second. We kept it at 60 to make the 3D look smooth, allow the players to clearly see enemy movements, and keep everything moving crisply as with previous games. This doesn’t mean that all future Zelda titles will run at 60 frames per second.

END_OF_DOCUMENT_TOKEN_TO_BE_REPLACED

Iwata says the way people use their time, lifestyles, who they are have changed; Nintendo must not stay in one place

As reported by The Wall Street Journal, the Nintendo president said:

“The way people use their time, their lifestyles, who they are have changed. If we stay in one place, we will become outdated.”

Iwata also acknowledged that Nintendo misread the markets and hadn’t issued “the appropriate instructions.” He understands that the company must change and “propose something that surprises our customers.”