Nintendo of America’s Vice President of Corporate Affairs Denise Kaigler recently shared some interesting information pertaining to the localization of Nintendo games, a Wii price drop (or lack thereof), and some E3 details. Kaigler says that Nintendo of America doesn’t have much say when it comes to bringing titles over to the states. Rather, NCL calls most of the shots. So that’s why North America has missed out on Disaster: Day of Crisis, Soma Bringer, Captain Rainbow, and more. As far as the price of the Wii goes, there is no price drop planned. Lastly, even though Nintendo’s E3 press conference will be held on June 2, it’s possible that the keynote will not take place at the Kodak theater.

Majora’s Mask heading to the Japanese VC next month

Dementium: The War set to terrify the UK on April 17th

Leicester, March 27th – SouthPeak Interactive Corporation (OTC Bulletin Board: SOPK; SOPKU; SOPKW; SOPKZ) has today announced that Dementium: The Ward from critically-acclaimed developer Renegade Kid, is due to launch on April 17th in the UK. This terrifying survival horror title pushes the Nintendo DS – and your sanity – to its limits with incredible graphics and eerie audio.

After receiving great reviews on its release in America, Dementium is now ready to shock the UK with a thrilling story that sees the player trapped in a spooky derelict hospital, with no memory of how they got there. You must explore the dark corridors and battle against the hospital’s horrific inhabitants… in a bid to uncover the terrible truth of your mysterious past.

END_OF_DOCUMENT_TOKEN_TO_BE_REPLACED 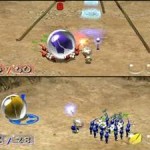 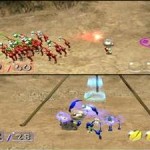 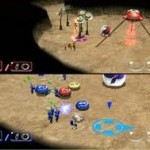 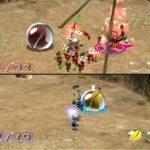 Nintendo briefly speaks about E3 2009, reps imply it will be big

Posted 11 years ago by Brian in General Nintendo, News | 5 Comments

Most gamers can probably agree upon the fact that E3 2008 was pretty much a big disappointment. Nintendo seems to have learned from their mistakes, however. In fact, Satoru Iwata said a few months back that this year’s E3 will be a place where Nintendo will show off new software. Nintendo of America’s vice president of corporate affairs, Denise Kaigler, briefly spoke about this year’s E3 in an interview. Though she did not say too much, there is an interesting tidbit to take away.

“I tend not to ever say that [no comment] because I was a reporter and I always hated it when people would say that to me, so I kind of wiped those two words out of my vocabulary. I will say to you, wait until E3…We don’t have anything to say about E3 before June 2.” – Nintendo of America’s vice president of corporate affairs, Denise Kaigler

As you can tell, Ms. Keigler didn’t exactly hype up this year’s event. But IGN’s Matt Casmassina was apparently told by Nintendo representatives at GDC to bring a bring a big team of editors – Something that seems to imply that this year’s E3 will be chock-full of Nintendo goodies.

Wii-kly updates are no more, say hello to Nintendo Download

New York, NY – March 26, 2009 — MTV Games, a part of Viacom’s MTV Networks, (NYSE: VIA, VIA.B), Harmonix, the leading developer of music-based games, and distribution partner Electronic Arts Inc. (NASDAQ: ERTS), today announced that the Rock Band® franchise has officially surpassed $1 billion dollars in North American retail sales in 15 months, according to The NPD Group. In addition, over 40 million paid individual songs have been sold via download through the Rock Band® platform furthering its position as the music video game leader in paid song sales and downloadable content with over 600 songs available to date in the Rock Band catalogue.

Originally launched on November 20, 2007, Rock Band is the multi-million unit selling, genre-defining music game platform that allowed music fans and gamers to interact with and discover music like never before by choosing guitar, drums, vocals, or bass to start a band and rock the world. Developed by Harmonix, the world’s premier music video game development company, and published by MTV Games, the Rock Band platform has had a positive impact on the overall promotion and sales of music, benefiting artists included in the game both directly through royalties associated with game sales and indirectly by causing the sale of more songs and albums.