Ghostbusters Developer Diaries: Origin and the Making of Part 1

So he looks across the conference table over his impressive beard at us. Pauses. Then he says, “It’s Ghostbusters. We’re going to make a Ghostbusters game. The first really good one.”

And the other one, who for the first time since we met has paused talking for almost two consecutive minutes, adds this: “And we think you’re the right guys do it. You up for it?”

END_OF_DOCUMENT_TOKEN_TO_BE_REPLACED

Another explosive World to discover in Big Bang Mini

ABYSS: The final world has you playing underwater. Not only do you have to avoid shooting the red mines in the Abyss World, but you will have to keep picking up air bubbles to keep yourself from drowning at the same time. Drag yourself over the air bubbles to keep your air supply up during each level. If you find that there are too many enemy bullets on screen, just use the Lasso to get rid of them. Aim carefully, as hitting the mines will cause instant death. Try using the Homing Missiles until the amount of enemy fire becomes manageable with the Lasso. Slow pace and precision shooting will be necessary when mines are on screen. The Lasso doesn’t need to recharge, so use it as much as you can in each level. World Upgrade: Lasso: The Lasso will cause all the enemy fire inside it to disappear. To create it, just draw a complete circle on the touch screen. Be aware, the enemy fire will take a second to disappear completely. The Lasso can be created anywhere on-screen, even with your ship on the inside.

About Arkedo Studio
Arkedo is a Paris-based studio comprised of three game developers (four when the weather is nice), focused on making arcade-style games for the Nintendo DS. Founded in early 2006, the studio’s award-winning first Nintendo DS title was well received by both the public and the press. Arkedo’s secret plan to rule the world includes creating quirky and witty games, along with a good amount of patience. Learn more by visiting www.arkedo.com.

NINTENDO DS IS A TRADEMARK OF NINTENDO.

Remember, this is one of the first trailers in quite a few months.

Two men try to hide stolen games in pants, resell them at GameStop

Posted 11 years ago by Brian in General Nintendo, News | 3 Comments

Two men from Russellville, Arkansas were arrested on Saturday in connection to the theft of 114 video games. Markique Collins, 24, and Thomas Dixon, 25, stole the video game merchandise by hiding three to four games at a time in their pants. Stealing video games has been an ongoing activity for the two since December 9, 2008.

Det. Bobby Stevens of the Russellville Police Department testified at a bond hearing on Monday and said that Collins and Dixon stole about $6,000 worth of video game merchandise from Hastings Books, Music & Video. By concealing products in their pants, sensors were prevented from picking up that the games were being stolen. The two would go home and remove all security devices and stickers and then go back to GameStop to sell them.

A former employee of Hastings (who now works at GameStop) had been able to pick up on the situation. His store was receiving quite a few games from the two men and noticed that a sticky residue remained where Hastings typically places its stickers. Following this, the Hastings store was able to find video of the suspects stealing video games. Both Collins and Dixon have admitted to their wrongdoings. District Judge Don Bourne set Collins’ bond at $25,000 and Dixon’s at $10,000. The two men have been strictly warned to stay away from Wal-Mart – where they were arrested from criminal trespass not too long ago – in addition to Hastings and GameStop and Wal-Mart.

House of the Dead: Overkill making of video

All six tracks are part of the Rock Band® Music Store catalog of downloadable content already released to owners of Xbox 360™ video game and entertainment system from Microsoft and PLAYSTATION® 3 computer entertainment system. Wii fans can expect a rollout of the previously released downloadable content every week until the entire back catalogue of more than 500 songs is available.

END_OF_DOCUMENT_TOKEN_TO_BE_REPLACED 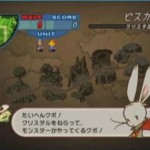 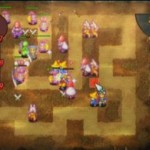 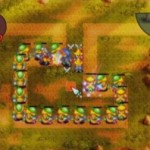 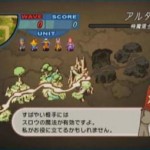 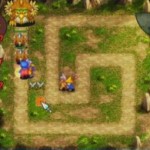