505 Games feels the rhythm with We Rock: Drum King for Nintendo Wii

Become a Music Legend, Without the Need for Costly Instrument Peripherals
Milton Keynes – 505 Games is today pleased to reveal We Rock: Drum King, a brand new rhythm-action game for Nintendo Wii™, which sees you becoming the drummer in a band that’s on the road to global stardom. It’s due to rock out across Europe in April 2009.

Unlike many rhythm games, to become a music legend in We Rock: Drum King you only require two Wii Remotes, rather than having to clutter your living room with potentially expensive instruments. The remotes become your virtual drumsticks as you beat your way through 30 awesome tunes, including Bloc Party’s Banquet and Born To Be Wild by Steppenwolf.

END_OF_DOCUMENT_TOKEN_TO_BE_REPLACED 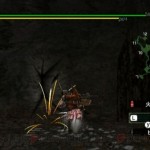 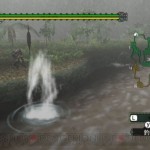 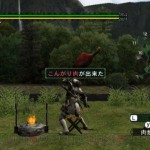 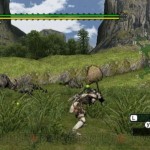 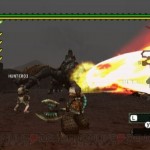 Posted 11 years ago by Brian in DS, Rumors | 3 Comments

Numerous sources have stated that the DSi, Nintendo’s latest handheld creation, has been given a price point and release date for North America. The system would launch in April at $179.99. The specific date given for release is April 4. Naturally, Nintendo declined to comment. Though this story has been checked with three independent sources, mark this down as a rumor until Nintendo of America officially confirms the news.

Torrance, CA (January 13, 2009) – Aksys Games, a publisher of interactive entertainment software, is pleased to unveil BIT.TRIP BEAT exclusively for WiiWare™! Developed by Gaijin Games, BIT.TRIP BEAT marks the first adventure of Commander Video. Using the Wii Remote™, players will test their twitch skills as they battle through a retro-esque universe, familiar to the old generation and yet reinvented for the new.

Everything comes from something. We were before we became. From life comes rhythm, and from rhythm comes life. We are beings of information. Everything is a conduit for learning. We communicate in bits and bytes. And we will return to something once we become nothing; after our BIT.TRIP is complete. “BIT.TRIP BEAT is a crazy mix of 80s aesthetics and modern game design,” states Michael Manzanares, Producer of Aksys Games. “It’s challenging, yet fair, and completely addicting.”

END_OF_DOCUMENT_TOKEN_TO_BE_REPLACED

Posted 11 years ago by Brian in General Nintendo, News | 6 Comments

Parents of a five-year old boy claim that a Nintendo video game caused their son to experience “severe pain” in addition to a panic attack.

Michael was playing a video game, presumably on the Wii. After thirty minutes, however, the boy began experiencing a panic attack. His mother says that he “began to complain and cry, saying he was experiencing pain in his hand and that he wasn’t feeling well.” She additionally stated that Michael began to scream and was experiencing motion sickness.

This episode was enough for Michael’s mother – She’s returning the boy’s “Nintendo” to the store. “I can’t recommend this game to any parent. It’s not a substitute for reading a book or doing an outdoor activity with your child.”

This really does appear to be an unfortunate case of one boy who was affected by video games. Still, keep in mind that this does not happen very often and Nintendo attempts to make heath/safety warnings available and obvious to the player.

We are pleased to inform you that the Wii DLC store is now up and running. We are launching with 50 songs which includes the 20 free songs. In the coming weeks and months we will be adding more songs from the back catalog to catch Wii users up with other systems. All tracks (that aren’t the bolded free ones below) are 200 points.

30 Seconds to Mars
The Kill

Blink-182
All the Small Things