1. Insert an SD Card into the SD Card slot on the front of the Wii console. Push it firmly into the slot until it clicks into place. (image)
2. Select the SD Card Menu icon from the Wii Menu to see the contents of the SD Card. The SD Card Menu icon is located in the bottom-left corner next to the “Wii” icon on the main Wii Menu. If an SD Card is not inserted, you will receive the error message, “Nothing is Inserted in the SD Card Slot.”
3. Select an item from the list of available games or Wii Channels and press the A Button to open the Start screen for that item.
4. Select “Start” to run the game or Wii Channel.

END_OF_DOCUMENT_TOKEN_TO_BE_REPLACED

Signs coming from the Game Developers Conference point to the fact that more Professor Layton titles will make there way to North American and European markets. Akihiro Hino displayed a list of games that Level 5 have released including Professor Layton and the Diabolical Box. Later, Hiro shared news in a Q&A session that he wishes to see all of the Layton games in North America and Europe and that localization is being done on Diabolic Box. Hiro hopes to see the game release in six months.

Posted 11 years ago by Brian in News | 2 Comments

– Price will be 1.000 or 1.500, Nintendo decides.
– First, it was a wax environment, referring to Icarian’s wings. Then they got to the Chirico style, great for story and WW limitations.
– Fragility is the main idea to tell. It’s in Nyx, and she needs player’s help.
– 20K downloads will be a fine number to cover game’s development costs.
– Focus on finishing Icarian. They’re open to sequels or bigger Icarian games with old ideas.
– First video in below link is Steven Gutheinz’s music: 3 samples
– Second video in link is In-game footage, you may already have this.
– “Family” aids: aside from the 4 guys at Over the Top games, people around them tried the game. Nyx voice is from one of the member’s girlfriend. Animations refined by another friend. Free physics system.
– One day gameplay: as the night nears, the end approaches.
– They hope Nintendo helps them to get to the Japanese market, same as with World of Goo. They already have the game localized into 6 languages for Eur/US markets.

Nintendo’s Matato Kuwahara took the stage at GDC 2009 today and revealed a few more details about how DSi titles will be distributed. As has been known for quite some time, companies will be able to release titles through DSiWare. Retail-wise, two options will be available. Developers can decide to use DSi Enhanced Game Cards which will allow DSi-specific functions to be included. These cards will work on the regular DS system, but will take advantage of the DSi features when played on a DSi. Lastly, DSi Game Cards can be used for exclusive DSi games. This means that these cards will work only on a DSi. For now, DSi Enhanced Game Cards and DSi Game Cards are still under development, but both will be available soon.

Hideo Kojima has told IGN that he is working on a new title. He made no mention of the genre or platform the game is being developed for, but he did say that an announcement can be expected at E3. Here’s hoping that Mr. Kojima is developing a project for the Wii – but that may just be wishful thinking.

END_OF_DOCUMENT_TOKEN_TO_BE_REPLACED 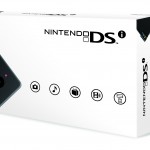 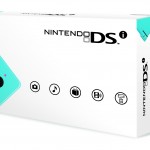 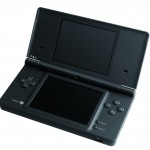 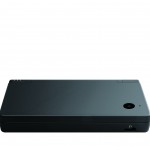 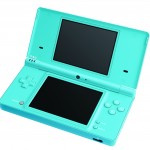 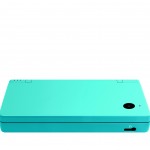