Posted 11 years ago by Brian in General Nintendo, News | 9 Comments

Club Nintendo went live a couple of minutes ago (although the placeholder has returned – temporarily, we assume). Here’s the first details on the service:

Read past the break for some information about product registration…

END_OF_DOCUMENT_TOKEN_TO_BE_REPLACED 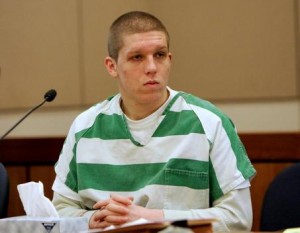 This isn’t exactly Nintendo related, but it is video game related. And unfortunately, this is another terribly saddening story over a video game.

17-year-old Daniel Petric was angry about his parents taking away his copy of Halo 3 to the point that, believe it or not, shot his father and killed his mother. The newest detail about the case is that he also attempted to pass off the killing as a murder-suicide.

Petric, who was 16 at the time, secretly left his house to purchase Halo 3. However, the boy was caught by his parents. Apparently the parents did not want their son to be playing Halo 3, so the game was placed in a lockbox. A 9mm hangun was additionally inside the box. Petric managed to somehow open it, and took both the game and the gun out of the box.

The most disturbing part of this whole story? Before Petric shoot his father, he said, “Would you guys close your eyes. I have a surprise for you.” Right after that, Petric shot his father.

Fortunately, the father survived the shooting but the same cannot be said about Daniel’s mother. Daniel is currently tried to

The case is being tried to a Lorain County Common Pleas judge instead of a jury at the request of Daniel Petric.

Most publications have, or are in the process of handing out their 2008 awards. Check out the EDGE magazine awards below:

Update 2: Kojima has also discussed any plans he has for the Wii (see below).

“For the most part, I would never do a [Metal Gear] film without overseeing all aspects and making sure the fans and especially I am happy with it. As for that note, the idea of releasing a game to coincide with the film is an interesting one [laughs]. I might do that.” – Hideo Kojima

That’s pretty reasonable if you ask me. I shutter just thinking about how a Zelda film would turn out if Shigeru Miyamoto wasn’t involved in a heavy way.

– works in Luida’s bar
– allows you to connect to multiplayer features
– one player hosts, others play as guests
– 4 characters allowed
– some treasure chests can only be opened by the host

Multiplayer battles
– if you fight separately, you can call for guests to help
– guests will be transported to host if host calls for help
– guest can decline
– if you run up to characters in battle, you can help them
– multiplayer detailed records kept
– record examples”
1. Class, Name
2. Time played
3. ‘information couldn’t be translated’
4. Number of battles won.
5. Number of titles received
6. Number of quests cleared
7. Percentage of monsters faced and defeated
8. Percentage of items acquired
9. Percentage of recipes
– use gestures with frineds
– gestures are hidden throughout the game world